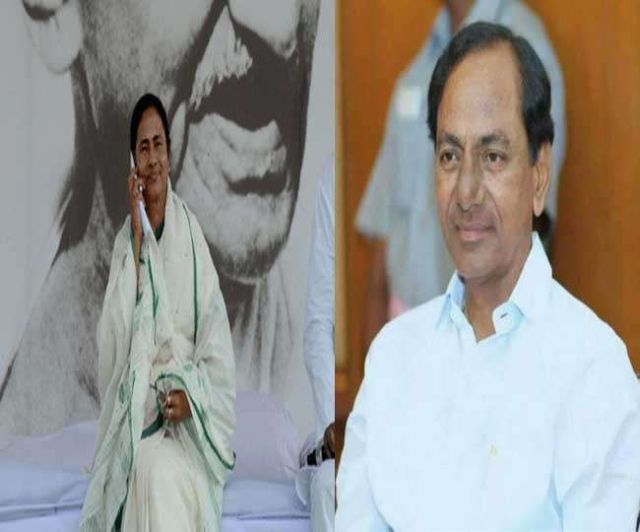 Hyderabad : West Bengal Chief Minister Mamata Banerjee on Sunday telephoned her Telangana counterpart K. Chandrasekhar Rao to extend her support to his plan to cobble up a third front as an alternative to both the BJP and the Congress.

The Tirnamool Congress leader spoke to the Telangana Rashtra Samithi (TRS) chief to convey that she is with him in bringing like-minded parties together.

According to the Chief Minister’s Office, Mamata told him that she fully agrees with him and is ready to work with him.

“Ham aap se ek mat hain. Aap ke saath rahengey” (I am in agreement with you. I will work with you),” the CMO quoted her as saying.

KCR, as the TRS chief is popularly known, said on Saturday that there is a need for a qualitative change in the Indian politics and declared that he is ready to bring together like minded parties.

Two MPs from Maharashtra and prominent persons from different walks of life also spoke to KCR over the phone and expressed their support.

The TRS chief has been receiving support from people belonging to different walks of life.

People from all parts of Telangana are reaching Pragathi Bhavan, the official residence of the Chief Minister, to express their support.