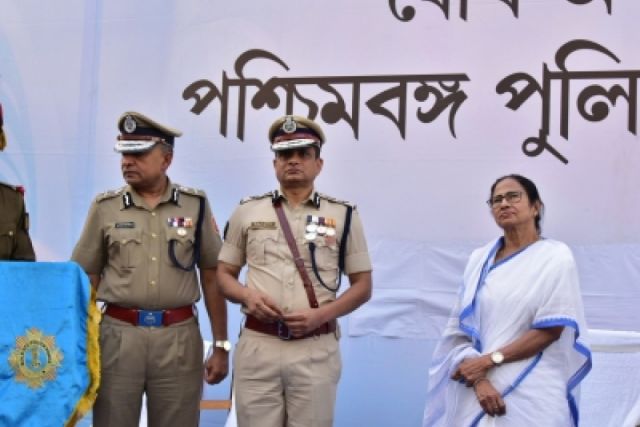 The contest is apparently evenly poised as on today, Tuesday, February 5. The Bharatiya Janata Party (BJP) has projected the Supreme Court order directing Kolkata Police Commissioner Rajeev Kumar to make himself available before the Central Bureau of Investigation (CBI) as a blow to the Mamata Banerjee-led government in West Bengal and a moral victory for the investigating agency. The court, however, also said that no coercive steps should be taken against Kumar and noted that the questioning should be done at a neutral place (which is being finalized as Shillong now).

However, the Trinamool Congress government in West Bengal also hailed the court’s order as a vindication of its stand. Mamata Banerjee said that her government had never said it would not cooperate with the CBI, but her opposition was to the manner in which CBI swooped down on senior IPS officer Kumar’s residence. She said that the court ordering that no coercive action could be taken against Kumar was a vindication of her stance.

And both are right in some measures.

It goes without saying that every IPS officer is expected to cooperate with government investigation against any crime if asked to. The office records show Rajeev Kumar was attending office, was on personal leave for a day, and was not absconding. However, he ignored a couple of summonses of the CBI earlier on this issue. It must also be noted that Rajeev Kumar, who headed the Special Investigative Team to probe the Sarada and Rose Valley ponzi scams before the cases were taken over by CBI, had already got several Trinamool Congress leaders, including ministers, arrested.

The CBI claims that he is protecting some others in the cases and is a “potential accused himself”. It goes without mention too that the Kolkata Police Commissioner reports to the West Bengal government, being in state cadre and the Chief Minister had restrained the CBI from unilateral action in the state without keeping the state government and the state police informed as per CBI Act. Further, there was no explicit Supreme Court order for Rajeev Kumar’s arrest and there was no FIR against him. These arguments placed before the Supreme Court led to the directives by it.

That the CBI’s intentions in the case remain doubtful are due to the fact that two among the prime accused in the Sarada ponzi scam case, as per the CBI’s own investigations earlier — Mukul Roy, formerly of the Trinamool Congress, and Himanta Biswa Sarma, formerly of the Congress — have been let off with no further investigation following initial interrogations after they both joined the BJP. They are BJP President Amit Shah’s key political pointsmen in West Bengal and the North-East.

Himanta Biswa Sarma was not named in the charge sheet but his home and office were raided and he was named by the founder of Sarada chit fund. Roy was interrogated many times and his home raided and arrested in the case like TMC MP and media baron Kunal Ghosh. Without any progress in the probe against these two top political leaders of the BJP in the region, going after others will always remain suspect, and will be politically used by the Trinamool Congress and others in the polls ahead.

The current case comes up for further hearing in the Supreme Court on February 20 and the story is far from being over. There could be more arrests in the ponzi scams, and there could be more political leaders involved too. Beyond legalities, politics is also about optics. The West bengal Chief Minister has seized the opportunity and turned this into a David versus Goliath fight, coming out onto the streets, asserting her federal rights as Chief Minister with powers over the state police, and attempting to turn it into a Modi versus opposition-governed states impasse. And to a good extent she has succeeded.

So, we have the entire opposition standing with her through tweets and inside Parliament (both Houses being adjourned due to this). Apart from the opposition parties supporting her, including Congress and the Bahujan Samaj Party (BSP), except for an explicit support from the Communist Party of India-Marxist, even neutral Biju Janata Dal (BJD) of Naveen Patnaik and BJP ally Shiv Sena have expressed their dismay at the harsh CBI action in Kolkata of gheraoing Kumar’s house, not taking the state government into confidence, and creating a “war-like situation on the streets of Kolkata”, as a spokesman for an opposition party noted.

Optically, Mamata Banerjee on the streets a la her struggling days against the Left Front government is a strong political imagery. It becomes a strong image for the anti-Modi political spectrum. However, whether it is good enough to propel her to the leadership of anti-Modi politics of India is yet to be seen. But coming soon after her mega rally of all opposition parties against the Centre in Kolkata recently, this episode has further enhanced perceived bias of the CBI (named as a caged parrot even by a Supreme Court judge), emboldened the allegation that the Modi government is rabidly antagonistic towards non-BJP state governments, and has further positioned the Chief Minister as the strongest voice against Modi with just 10 weeks remaining for the next general elections.

Congress President Rahul Gandhi on his own is still unable to bring the entire opposition at one table under his leadership and has been snubbed in Uttar Pradesh by the regional parties there. DMK chief Stalin and Rashtriya Janata Dal (RJD) leader Tejasvi Yadav apart, no other regional party leader has come out openly on Gandhi as the face of opposition unity.

The entire opposition, except for Akhilesh Yadav of the Samajwadi Party, is wary of Mayawati, the BSP supremo, for her inaccessibility, past association with BJP and sharing of power in Uttar Pradesh, and the fact that her leadership of the opposition camp may deprive other parties from their current Dalit support in various states. Mayawati as the main anti-Modi face will prompt a large section of the Dalit electorate from various states to move towards her from the BJP and more so from other opposition parties. That is a long-term loss.

So, Mamata is, by default, a possible choice. Her influence is limited to West Bengal and some pockets in the North-East, and hence, does not very much conflict with votebanks of any opposition party as such beyond this limited geography. In any case, she expects to be the third largest party in the next Lok Sabha, much in tune with the current Lok Sabha, and hence, as in Karnataka, Rahul Gandhi may spring a surprise by lending support to the leader of the third party, Trinamool Congress, to form the government should Modi and the NDA fail to do so. She is making her road to power stronger now.

The issue is of a consensus leader of the opposition ahead of the election, and the chances of finding one looks bleak as of now. But through the developments of the last one month, from the Brigade Parade ground rally of January 19 to the impasse now over CBI’s actions in her state, Mamata Banerjee has surely bolstered her chances. And Modi has contributed to her scores that much and a shot up in the semblance of unity within the opposition camp.

(The writer is a known media academic)