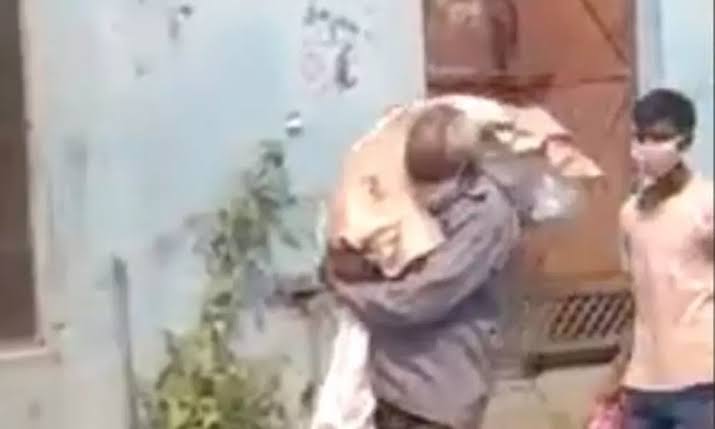 In a heart-wrenching incident, a poor man carried his 11-year-old daughter’s body on his shoulders to reach the burial ground in Jalandhar town. She died owing to Covid-19.

The video of the man carrying the body has gone viral on social media.

The man, Dilip, told the media that his daughter died on last Sunday.

He said the video was of Monday when he went to the burial ground with his son for her last rites.

“I am a poor man. Since no one came forward to financially help me in her cremation, I decided to take her body for the cremation on my shoulder,” he said.

“Since my daughter was undergoing treatment in Amritsar, after her death the body was handed over to me by wrapping in a bed sheet. I brought the body here (Jalandhar) for cremation. With the help of someone who gave me Rs 1,000, I performed her last rites.”

A day earlier, a video grab of a man carrying the body of his mother, who too died due to Covid-19, for cremation on his shoulder in Himachal Pradesh was widely shared on social media.

The man belonged to Bhangwar village near Ranital town, some 30 km from Dharamshala in Kangra district. -IANS