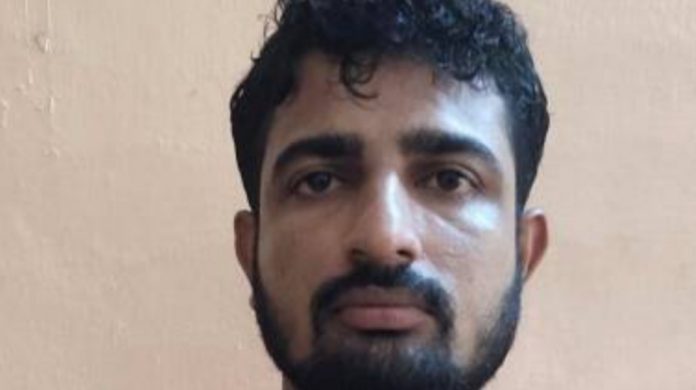 A 26-year-old man in Mangaluru of Karnataka, was arrested after he allegedly flashed his private parts to women inside a mosque on the intervening night of Thursday and Friday.

The accused has been identified as Sujith Shetty, a resident of Karkala.

The incident took place at the Jamia Masjid located in Mangaluru city around 2 am on the intervening night of Thursday and Friday, when the ‘Laylat al-Qadr’ was being observed and celebrated in the Country.

According to the police, Shetty entered the mosque and tried to hold the hands of several women and misbehaved with them. He even flashed his private parts at them and disrupted the programme, police officers said.

A 24-year-old woman filed the complaint against Shetty Friday afternoon following which, Ullal police filed a case under Indian Penal Code (IPC) 448, 354, 509 and 295 (a) and handed him over to judicial custody.

Shetty, who works as a home guard with the local police department was suspended after a few women filed a complaint against him for his misbehaviour.

“He has a history of misbehaving with women. Previously, some women complained after he forced them to take selfies with him and was holding them in an inappropriate manner. After he was suspended, eight days ago, he started working at a bar in Mangaluru city. On the day of the mosque incident, after his work time, he consumed alcohol and reached the masjid,” a police officer who is a part of the investigating team was quoted as saying by Indian Express.

“People had taken his photo and informed the police about the incident. Next day we arrested him from his home,” the officer added.