New Delhi: Mateen Jamadar, a student belonging to a village in Karnataka’s Gulbarga city, has made his family and community proud by scoring 600 out of 600 in the state’s pre-university course (PUC/intermediate) exam. He had obtained 619 marks out of 625 in the 2018 SSLC exam. 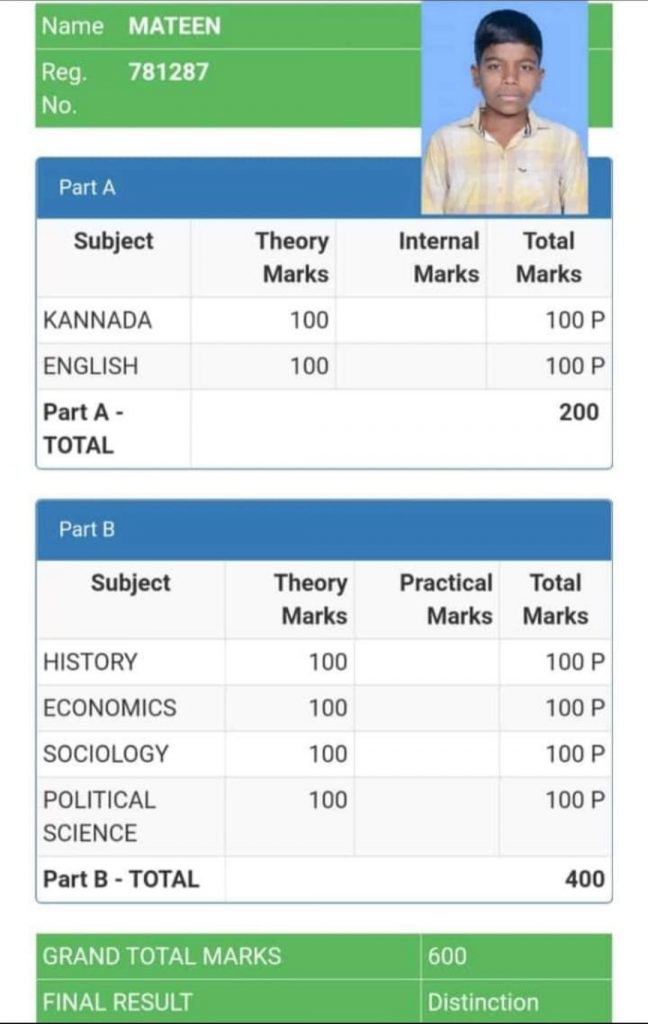 Mateen’s father Nabisaab Jamadar is a mason. They live in a slum in their village.

Several prominent personalities have hailed Mateen’s remarkable success. Officials of the Karnataka government are among those who have congratulated him.

Mohammad Mohsin, Principal Secretary Revenue (R & R). Govt of Karnataka tweeted that the ”proud son of poor Mason” from Gulbarga has made a record of his marks. Congratulations.

600/600 Marks , Meet the one of the Topper of Karnataka PUC Mateen Jamadar S/o Nabisaab Jamadar of Manur Village Gulbarga.The proud son of poor Mason from Gulbarga has made a record of his marks as he has also scored 619/625 , in the 2018 SSLC Exams. Congratulations.👏👏👏👏👏 pic.twitter.com/TfUESZqgKa

Directorate of Minority Welfare, Govt of Karnataka wrote on Twitter, ”Congratulations & proud of Mateen Jamadar on scoring perfect score in PUC Exams. Our Dept is providing scholarship to such ideal students to provide them better opportunities for higher education & create bright future.”