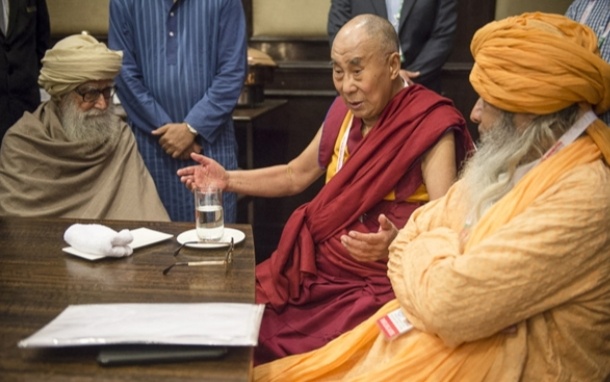 In a condolence message, the JIH President, said, “Maulana Wahiduddin Khan was undoubtedly an outstanding thinker who had a profound impact on our times. Maulana’s role in uniting different religious groups in the country and creating an atmosphere of dialogue and discussion between them is unforgettable. The efforts of the late Maulana to present Islam in a modern style and with strong scientific and logical arguments will always remain his abiding legacy. Some of his books like – The Challenge of Modern Science, Religion and Science, The Greatness of the Qur’an, Islam the progenitor of Modern Times, The Prophet, the Revolution and Modern Times, etc. have made Maulana Wahiduddin Khan a legendary figure in the Islamic scholarly traditions of the subcontinent.”

Mr.Husaini further said, “Maulana was the founder of a unique and attractive style of Urdu prose. His ability to express complex scholarly subjects with great brevity in a lucid style and simple language was testimony to his remarkable writing skills and it has influenced many generations of writers. The production of Islamic literature in English and various regional languages is also one of his great achievements. Maulana Wahiduddin Khan had his own views over the interpretation of Islam and the approach that the Muslim community and its leaders should adopt towards its affairs. Many scholars have rightly disagreed with these views. However, this does not diminish the importance of his scholarly achievements and his great services towards the cause of Islam. He was one of the masters of modern theology and his contributions will continue to benefit the world of Islamic academia. His writings that introduced Islam to the common man will continue to serve humanity and promote communal amity.”

The JIH chief continued, “I have personally benefited a lot from Maulana Wahiduddin Khan. I have been reading his books and monthly magazine since my childhood. I have interacted with him during my student days and was impressed by Maulana’s compassion, love and his kindness.  May Allah forgive the late Maulana Wahiduddin Khan and accept his services. We share the grief of his sons Dr. Zafarul Islam Khan, Dr. Sani Isnain Khan and offer our condolences to them and relatives.”