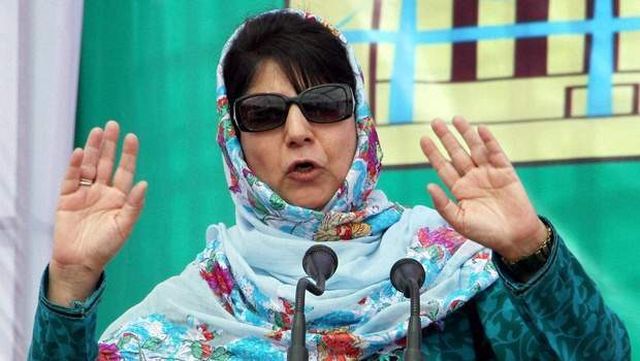 Jammu : Jammu and Kashmir Chief Minister Mehbooba Mufti on Thursday said there would be no obstruction of justice in the rape and murder case of an eight-year-old minor in Kathua district.

“The law will not be obstructed by the irresponsible actions and statements of a group of people. Proper procedures are being followed, investigations are on the fast track and justice will be delivered,” Mehbooba tweeted.

Her tweet comes after the Jammu Bar Association staged protests against the handling of the case by the Jammu and Kashmir Police Crime Branch. It has also demanded a Central Bureau of Investigation (CBI) probe.

Eight people, including the mastermind Sanji Ram, have been charged with abduction, raping and murdering the ‘Bakerwal’ (nomadic) minor in Kathua’s Rasana village in January.

Investigations have revealed that the victim was held in a temple, drugged, repeatedly raped and finally murdered to scare the Bakerwal community out of the village.

Sanji Ram has also been charged with bribing local policemen, including a sub-inspector and a head constable, to destroy vital evidence.