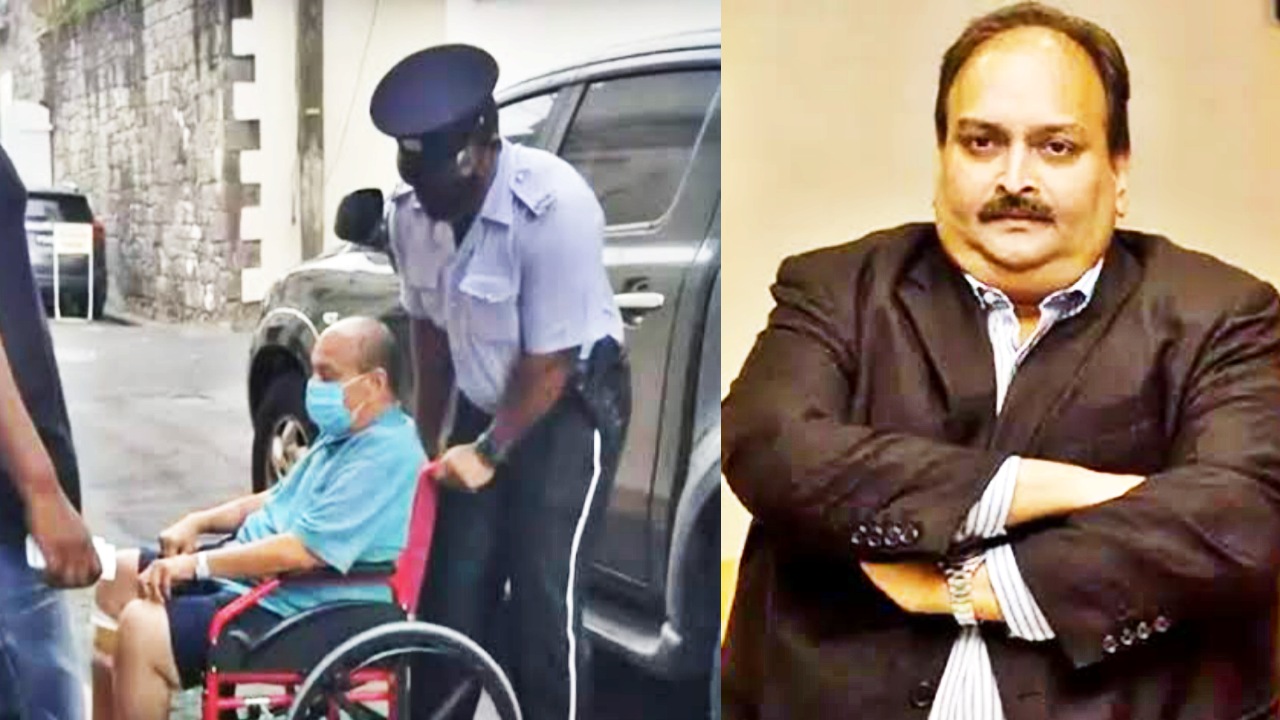 Indian fugitive businessman Mehul Choksi, who has been in Dominica for over one week, pleaded not guilty to illegal entry at his court appearance and was denied bail.

Choksi appeared before the magistrate on a wheelchair wearing a blue T-shirt and black pant.

According to Dominica News Online, a news outlet in the Caribbean island, the Magistrate’s court in Dominica has denied bail to Choksi after the government prosecutor argued that he is facing 11 offences in India and extradition proceedings in Antigua and could be a flight risk.

The magistrate has adjourned the matter to June 14.

Choksi’s lawyers alleged that he was kidnapped, beaten and unwillingly brought to Dominica, the claim that he entered the shores illegally and has since preferred the charge against him.

According to the charge read to Choksi in court, it is alleged that on May 21, 2021, he did enter Dominica illegally at Toucari Beach.

At the hearing, State Attorney Sherma Dalrymple pleaded with the court to not grant bail to the accused as she deemed him a “flight risk.”

The Prosecutor listed two grounds for her claim which included, the fact that Choksi has an Interpol Red Notice against him as he is facing charges for 11 offences in India. Additionally, she revealed that the Antiguan government is currently undergoing court proceedings to have Choksi extradited.

Dalrymple further argued that Choksi has no ties in Dominica hence it would serve him no purpose not to flee the island if bail is granted.

However, one of the defendant’s lawyers, Wayne Norde refuted the Prosecutors grounds for objection and informed the court that the Indian fugitive is not a flight risk considering his health conditions.

Norde stated the Interpol Red Notice and the extradition proceeding in the Antiguan court is more reason for Choksi not to leave Dominica.

He advised the Magistrate that stringent conditions can be added to the fugitive’s bail condition and proposed a bail sum of EC $10,000, double the maximum penalty for illegal entry, which Dalrymple asked the court not to consider.

Norde went on to note section 4 of the new bail act, indicates that a defendant is entitled to bail as a matter of right unless the offence is of a serious nature.

“Various non-nationals in Dominica are on bail for similar matters, so we are of the view that bail can be granted to our client with or without conditions to his bail,” he contended.

The attorney further informed the court that Choksi had no pending criminal matter in Antigua, the country in which he attained citizenship in 2017 but a civil matter which demonstrates that he is of good character.

In handing down her decision, presiding Magistrate Candia Carrette-George sided with the Prosecutor and stated that given the “severity” of the matter, she is not convinced that Choksi will stay in Dominica to attend his trial.

Bail was denied and the matter was adjourned to June 14, 2021, in the Roseau Magistrate court.

Choksi was further admitted to the Dominica China Friendship Hospital (DCFH) where he has been a patient since May 29. Once he is discharged from the facility he will be placed in police custody.

Earlier on Wednesday, the High Court began Choksi’s Habeas Corpus matter which is expected to continue in court on Thursday.

The 62-year-old is wanted by the CBI and the ED for Rs 13,500 crore Punjab National Bank (PNB) fraud case. He has left India in January 2018, days before the CBI registered a case.

Choksi had gone missing from Antigua on May 23 sparking a massive manhunt. He was captured in Dominica on May 26.

On Tuesday, Choksi had told an Indian news outlet that he was abducted by Indian agents and was given shock with a Taser gun whenever he resisted. He also alleged that he was beaten up by the officials.

On May 27, first pictures of Choksi emerged online, showing several signs of bruises on his arms and a swollen eye.

“Choksi was forced to get into a vessel from Antigua and was taken to Dominica,” Agarwal had told IANS. He also claimed that there were marks on Choksi’s body, implying the use of force.

“There is something fishy and I guess it was a strategy to take him to another place so that there are chances of sending him back to India. So I don’t know what forces are operating. The time will tell,” he had said.

However, Antigua Police Commissioner Atlee Rodney has dismissed the claims of Choksi’s counsel and said that they have no information on him being forcefully removed. An eight-member team of Indian officials has also landed in Dominica on a private jet for the extradition of Choksi. — IANS