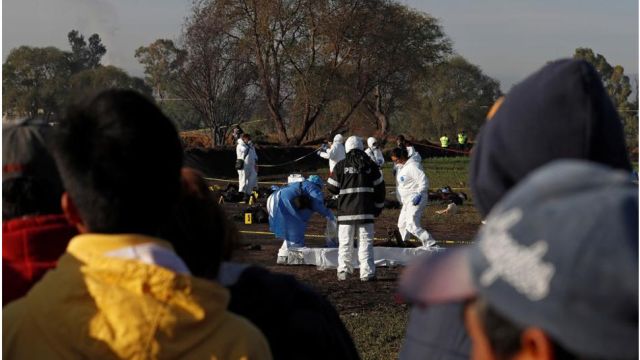 Mexico City : The death toll from the explosion of a gasoline pipeline in Mexico’s Hidalgo state, has increased to 91, an official said.

The toll was confirmed on Monday by state governor Omar Fayad. He added that 52 injured people were still being treated in dozen hospitals across Hidalgo, reports Xinhua news agency.

The explosion and an ensuing blaze occurred at a pipeline spot in the community of San Primitivo in Tlahuelilpan in the evening of January 18.

According to the local government, between 600 and 800 people gathered at the site to collect leaked fuel with containers when the explosion took place.

The accident is one of the worst tragedies caused by pipeline explosions in Mexico in recent years.

In December 2010, 30 people were killed and 52 others injured in a series of explosions at two oil pipelines in the state of Puebla.