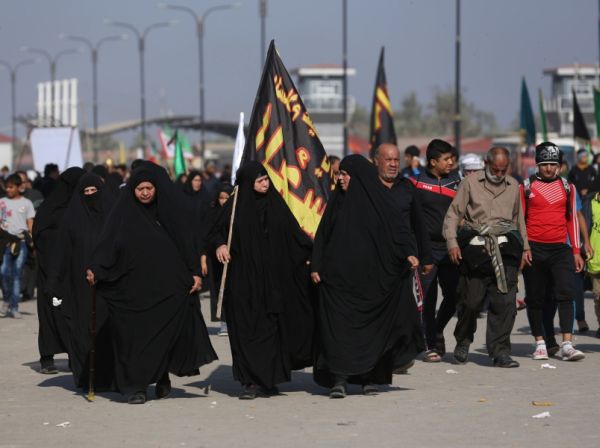 Baghdad, Dec 3 : Millions of Shiite Muslims on Thursday ended their annual major ritual of Arbaeen at the holy city of Karbala, making it their largest gathering in the city since the US-led invasion of Iraq in 2003, despite the threat of attacks by the Islamic State militant group.

The Arbaeen marks the 40th day after the martyrdom of Imam Hussein, Prophet Muhammad’s grandson, who was killed in the battle of Karbala in 680 AD.

Over 20 million Shiite pilgrims converged on Karbala, southwest of Baghdad, to mark the Arbaeen event at Karbala’s golden-domed mausoleums of Imam Hussein and his brother Abbas.

Many of Iraqi pilgrims travelled on foot from several Iraqi cities throughout the past ten days, according to Haider al-Salami, head of media office of the religious authority in Karbala, Xinhua news agency reported.

More than five million foreign pilgrims from many world countries entered Iraq to participate in the religious event. Most of the foreigners were Iranian who crossed the long border with Iraq, Salami said.

The Iraqi official television and many other private channels aired live footage showing that the streets of Karbala were clearly overwhelmed with black-clad pilgrims filling the wide avenues and narrow back-streets.

The elderly, young men and children marched along with thousands of other pilgrims, waving green, black and red flags, along the wide avenue in front of the shrine of Imam Hussein.

Some pilgrims beat their chests and heads in honour of Imam Hussein. Mourners in some processions performed self-flagellation with chains, or slashed their heads with swords letting blood stream down their faces and bodies, expressing their remorse for missing the chance of not being with Imam Hussein to defend him when he was killed.

“This visit is the biggest since the change of the Saddam Hussein regime in 2003, because it started early with very high density every day of the past ten days. Every day was like the climax day,” said Maj. Gen. Qais al-Muhammedi, commander of the security forces in Furat Awsat region which includes the holy cities of Karbala and Najaf in central Iraq.

Muhammedi said that despite the large number of pilgrims, the security arrangements were successful.

Provincial security sources said around 30,000 members of the security forces were deployed in and around Karbala, in addition to 5,000 from the paramilitary units, known as Hashd Shaabi, who secured the highway leading to Karbala and the outskirts of the city.

Karbala, a city with more than 650,000 people, is located between Euphrates River and desert of the Sunni heartland of Anbar province, where the Iraqi security forces and allied Hashd Shaabi militias are fighting the IS extremist group which seized large parts of the province.—IANS