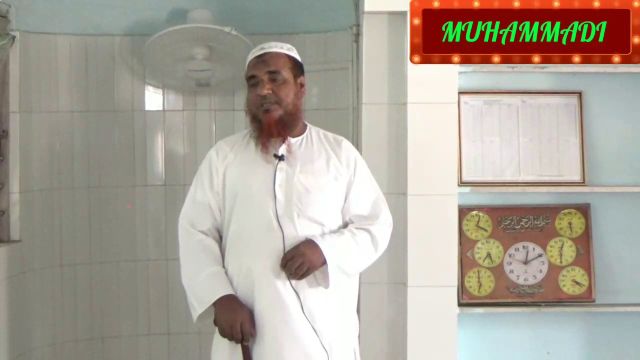 New Delhi: A sessions court in Kolkata on Tuesday acquitted a religious preacher from Murshidabad, who was arrested in December 1998 on the basis of false allegation of his links with the Inter-Services Intelligence (ISI) – intelligence agency of Pakistan, after 19 years.

Abdullah Salafi (now 58) was picked up in a joint operation led by the Sagardidhi police and the Special Branch of Kolkata Police when he was going to attend a community program in his locality. He was booked under sections 121 (waging war against the Government of India), 121A (criminal conspiracy) and 467 (forgery) and 471 (using as genuine a forged document or electronic record) of the Indian Penal Code (IPC).

As usual, he grabbed national headline when he was taken into custody but found no place in the main stream dailies of the country when he was released after 19 years.

After the Kolkata police failed to file a charge sheet against him within 90 days, he was granted bail after a brief period of imprisonment in 2002. Even though he was a free man, he had to spend 19 years with the social stigma of being a “terrorist”.

Salafi was lucky to walk out of jail 90 days after his arrest, the other three had to stay behind bars for around five years before they were released on bail.

Since the prosecution failed to produce evidence to establish the charges against him, Salafi was acquitted by Special Judge Kumkum Sinha. Ironically, no hearing in the case took place for five years because Public Prosecutor kept changing as a result of the change in governments in the state.

Though he was out on bail in this period of 19 years, it was not easy for him to cope with the situation that arose after his implication in the case that involved national security. Many of his family members distanced themselves from him. They also suspected that he might have any link with the foreign agency.

Salafi, who has four daughters and two sons, ran an Islamic bookstall during these 19 years. He is also the district President of a Muslim organization, namely Jamat-e Al-Hadith.

When the police failed to produce any evidence against him, it told the court it was a case of “mistaken identity”. Hi first name Abdullah was the same as another Abdullah who the Special Branch was searching for his alleged involvement with the banned SIMI (Students Islamic Movement of India).

But even though it became clear that the Police had apparently made a mistake, he had to wait for 19 years to be declared as innocent by the court.