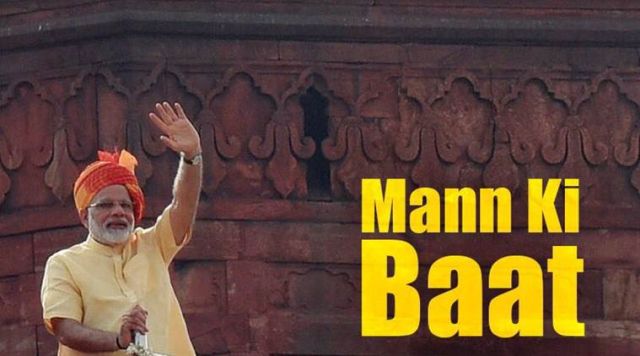 New Delhi : Prime Minister Narendra Modi on Sunday asked people to promote tourism spots in their states and also to visit the numerous tourist sites within the country instead of getting attracted by “superficial glitter” abroad.

“It is a matter of concern when we do not see our own country, we do not know about its diversities nor do we understand them. Impressed by mere superficial glitter, we have started enjoying touring foreign countries,” Modi said in his Mann Ki Baat radio programme.

“I have no issues if you travel around the world but have a look at your own country too,” the Prime Minister added.

Modi urged people to visit the seven best tourist destinations in their state and promote them by posting pictures from there on social networking sites with hashtag ‘Incredible India’.

Urging people to travel like a student and observer, Modi said he had visited more than 500 districts in the country. This had helped him to understand things better.

“In order to promote tourism, every Indian must know about the best tourist destinations in your state,” Modi said.

Lakhs of photographs received from every corner of India will actually become a treasure for the tourism sector, he said.

He asked people to write good travelogues and post information about architecture, natural beauty and daily life of various places.

Based on the inputs, the government would prepare publicity material, Modi said.

Observing that October to March was a suitable time for tourism, he asked people to travel to different parts of the country as it was full of “myriad diversities” instead of visiting foreign countries.

He said Mahatma Gandhi, Lokmanya Tilak and Swami Vivekananda travelled widely in India. This developed their understanding of the country.

“Can we make an effort as a student to learn, understand and try to live as per the traditions, culture, attire, eating habits and beliefs of different states, different societies, different groups of our country?” Modi asked.