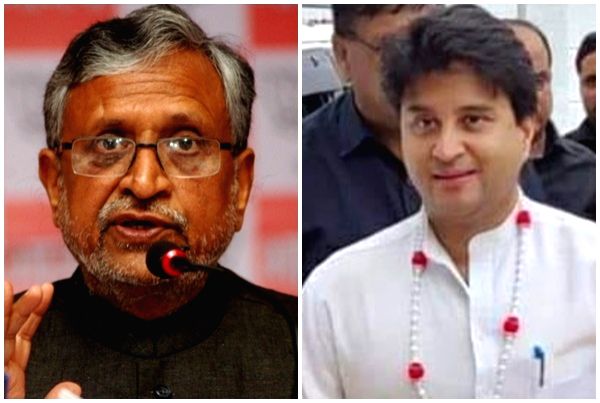 With no change in the ministries since the Modi government began its second term in 2019, and a string of key Assembly elections, including in Uttar Pradesh, Gujarat, Uttarakhand and Goa, slated for next year, a reshuffle may be on the cards this month or in July and could see more berths for representatives from the poll-bound states.

Nadda had met Prime Minister Narendra Modi on Friday, with Union Home Minister Amit Shah also present. According to sources, the UP Assembly elections and the ministerial reshuffle was on the agenda. On Thursday too, Nadda had called on the Prime Minister at his residence, and had met him once more recently.

A senior BJP leader, who did not want to be named, said: “No reshuffle has taken place since the government took over on May 30, 2019. However, there was a reshuffle months after the first Modi goverment took over in May 2014.”

Another senior party functionary also said that a cabinet expansion or reshuffle is due and it may likely take a matter of days or weeks.

“It was postponed as a reshuffle at the peak of the second wave of the Covid pandemic could have sent a wrong message among the people. Now that the Covid cases are coming down and the situation is under control, we hope that the cabinet expansion will take place soon. But the date and time will be only decided by the Prime Minister,” he said.

With the demise of LJP’s Ram Vilas Paswan and BJP’s Suresh Angadi, there is one vacancy each of a Cabinet Minister and a Minister of State.

Apart from this, the two ministerial posts vacated by representatives of the Shiv Sena and the Akali Dal after they exited the National Democratic Alliance are also there.

Due to no cabinet reshuffle or expansion, many ministers have multiple portfolios. For example, Agriculture Ministry Narendra Singh Tomar has the charge of Rural Development, while Railways Minister Piyush Goyal also has Commerce and Industry, and Food and Consumer Affairs.

Among the names doing the rounds for induction are that of Rajya Sabha member and former Bihar Deputy Chief Minister Sushil Kumar Modi. His chances have brightened as Paswan senior’s demise has left a vacancy from Bihar, but the LJP has left the NDA, and the JD-U does not want a berth.

Jyotiraditya Scindia, whose defection led to the fall of the Congress government in Madhya Pradesh, is also a contender.

UP regional party Apna Dal leader Anupriya Patel is also looking for a berth, given the coming UP polls. She she had also met Amit Shah on Thursday, when Chief Minister Yogi Adityanath had called on him.

Sources said based on the review of works, underperforming ministers will be dropped from the Modi cabinet.

“The ministers are explaining about the works of their respective ministries to the Prime Minister, in the presence of BJP chief Nadda,” a party insider said.

Another leader said that the Prime Minister will meet all the ministers either individually or in a group to review their performance before taking any decision about their continuity in the government.

According to the Constitution, the limit on the Council of Ministers at the Centre is 15 per cent of the strength of the Lok Sabha, or 81.-IANS