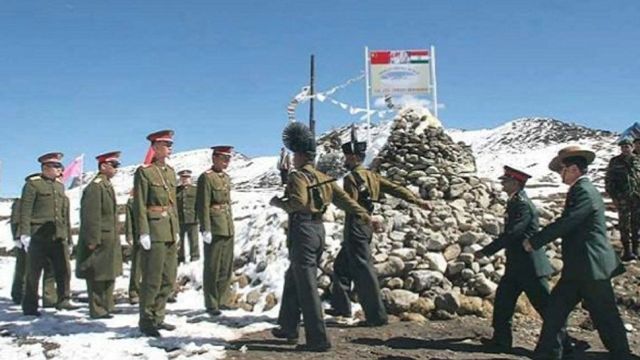 Reacting to Swaraj’s statement, Congress spokesperson Randeep Singh Surjewala claimed that the minister’s statement on Doklam is covered with a ‘sheet of misleading opaqueness’ and fails to provide the larger picture of Chinese presence in South Doklam as China stares at the ‘Siliguri Corridor’ – the ‘Gateway to India’s North East’.,

Swaraj said in Parliament that the 73 day standoff in Doklam has been “resolved with diplomatic maturity without losing any ground” and “there is no change in the status quo (on the ground). The face off at sight has been resolved on August 28, 2017.”

“She said nothing about the creation of ‘a full-fledged Chinese military complex’ at Doklam right upto 10 m from Indian Army Post, reflected in the satellite imagery released earlier by the Congress party, besides media reports”, he added.

He pointed out that the PM Modi met his Chinese counterpart Xi Jinping thrice in the past four months since the Doklam stand-off surfaced.

“Disappointingly, Modi government could not give a conclusive reaction to the numerous media reports and developments regarding the Doklam stand-off that have compromised India’s national security and endangered its strategic interests,” he added.

During the July 20th ‘No-Confidence’ Motion debate in Parliament, PM spewed false political rhetoric but could not provide any clarity on the status of Chinese military and infrastructure build up at North and South Doklam, Congress leader said.

He also pointed out that earlier, both Defence Minister, Nirmala Sitharaman and Foreign Minister, Sushma Swaraj had visited China from 20th-24th April, 2018; but not a word on Doklam came out of those ‘agenda-less’ visits.

Congress Party demanding the Prime Minister to answer questions on the very sensitive issue concerning with the national security as his government hid behind a sheet of misleading opaqueness on Doklam, he said.