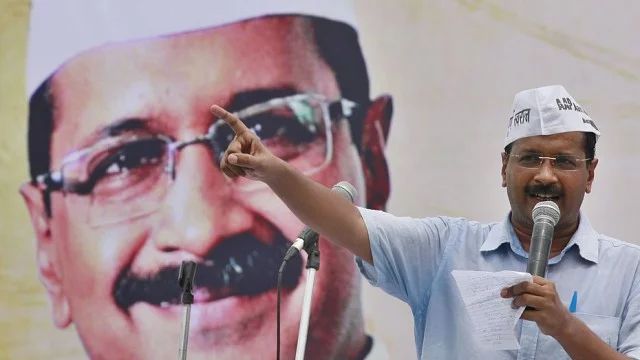 New Delhi: Aam Aadmi Party on Monday slammed the Modi government’s economic policies saying it pushed the Indian economy in an ‘unprecedented mess”. Predicting a deafet of Modi Government in the next general election, AAP national convener and Delhi Chief Minister Arvind Kejriwal said it is matter of serious concern over the deteriorating condition of the country’s economy. The prices of fuels like petrol and diesel which are closely linked to the Aam aadmi’s life have been increasing rapidly and have broken all previous records. The rupee’s value is also on an unprecedented downward spiral as the currency has depreciated to over ₹ 70 per dollar for the first time in the country’s history.

He said, “BJP’s central leadership, in the last few months, either does not know what to do or is simply not bothered about the hardships it is healing on the Aam aadmi. The economy was never in such a mess.”

The AAP is of the clear view that the grossly incompetent Bhartiya Janata Party government, led by Prime Minister Narendra Modi has failed to address the concerns of rising fuel prices and depreciation of the rupee. The price of petrol has risen to ₹ 79.15 per litre while that of diesel stands at ₹ 71.15, figures that the people of the city have never seen before today.

With rising fuel prices, there is a legitimate concern that inflation will also be impacted adversely and will spiral out of control in the time to come. Ordinary citizens have already been feeling the pinch of the government-created slowdown as a result of demonetisation and poor implementation of GST. In this atmosphere of economic uncertainty, the rising fuel prices coupled with a weak rupee send out a very worrisome message about the state of the economy.

The Modi Government has shown “remarkable carelessness” when it comes to the economy. The country’s finance ministry is caught between a power struggle between two high ranking Ministers, and the confusion this has created in the ministry is responsible for its lackluster performance in the last few months. In this situation, the blame for the country’s poor macro-economic indicators lies squarely with the Prime Minister.

This has once again shown how little concern the Prime Minister has for the ordinary citizens of the country. The Government’s primary focus is centred around pleasing a few corporations with close links to the ruling BJP, so the welfare of citizens is not on its priority.

The AAP urges the Government to address these issues at the earliest. The people of this country are waiting for an opportunity to defeat those who keep the Aam aadmi at the bottom of their priorities. The BJP will face certain defeat in the 2019 polls, if this situation continues to worsen.