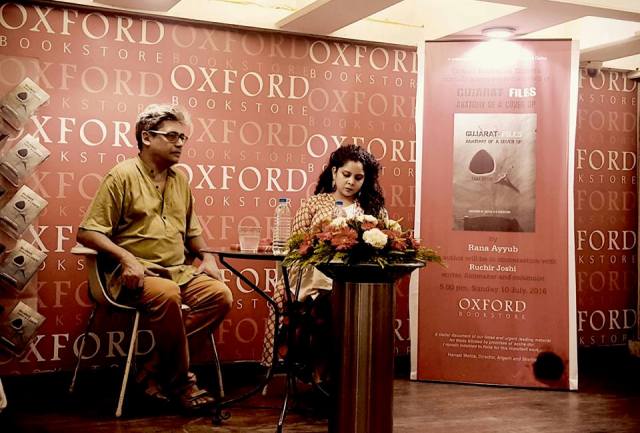 Speaking at the launch of her book “Gujarat Files”, Ayyub said under the Modi-led Bharatiya Janata Party (BJP) regime, “Islamophobia” was on the rise in the country.

“Make no mistake, that people of the country did not vote him for development. They believed in him because they knew that his man would carry the Hindutva agenda ahead,” said Ayyub who in her book has given an explosive expose of the 2002 Gujarat riots.

“For me, the Gujarat development formula was very simple- soft Hindutva and crony capitalism. The practice that was in Gujarat, we now see it in Delhi. Its the exact replica of what happened in Gujarat,” she said.

She attributed “communal polarisation” behind the BJP’s electoral successes and claimed that under the Modi regime, “Islamophobia” was gaining ground.

She also slammed the Congress as “no better than the BJP”.

“The Congress is as bad as the BJP. The Congress was responsible and complacent in the Mumbai riots of 1992-93. I don’t think that the Congress is doing any better than what the BJP is doing,” she added.—IANS