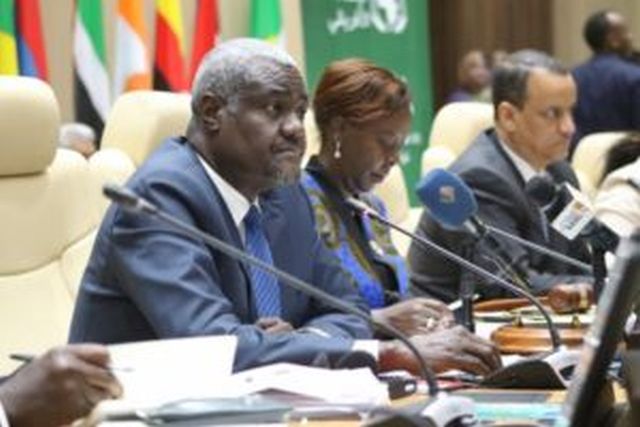 Nouakchott (Mauritania) : Morocco has stressed that there can be no parallel process to decide on the issue of the Moroccan Sahara, other than that of the UN.

Moroccan Minister of Foreign Affairs Nasser Bourita, addressing a press conference, said the “important decision” taken on Sunday by the Heads of State and Government of the African Union (AU) on the issue of Moroccan Sahara enshrines the primacy of the UN process.

Bourita noted that the issue of the Moroccan Sahara “is exclusively at the UN” and “only at the UN”.

“There is no parallel process. So it is the primacy of the UN process that has been enshrined in the management of the issue of the Moroccan Sahara,” he added.

His comments came after the African Union Heads of State and Government at the 31st AU Summit in Nouakchott, Mauritania, on Monday adopted a decision to set up an African mechanism to support the UN efforts to resolve the Sahara issue.

On Sunday, Moussa Faki Mahamat, chairperson of the African Union (AU) Commission, had unveiled the pan-African organisation’s latest report on the issue of the disputed Sahara region.

In the report, Moussa Faki suggests the creation of an African mechanism to support the efforts of the UN in its search for a solution to the Sahara conflict.

This could take the form of a high-level panel including the troika of the pan-African organisation, namely the current AU Chair, his predecessor and his successor.

The report underlines that the AU should “prioritise” the UN-led peace negotiations on the issue of Moroccan Sahara.

Mahamat has been charged since July 2017 with drafting the body’s report on the issue.

The document made a case for the prominence of the UN peacekeeping efforts in the disputed territories of the Sahara.

Paragraph 20C of the report submitted to the AU Summit underlines the need for the AU to support the “efforts of the UN in order to increase their chance of success” and that “it would not be for the AU to develop a process parallel to that of the UN”.

The Moroccan minister noted that the resolutions of the UN Security Council could be the only reference to deal with the issue of the Moroccan Sahara.

The AU summit in Nouakchott marks Morocco’s substantial progress on the Sahara issue.

On the issue of migration, Bourita announced that a decision will be taken to set up the African Migration Observatory in Morocco.