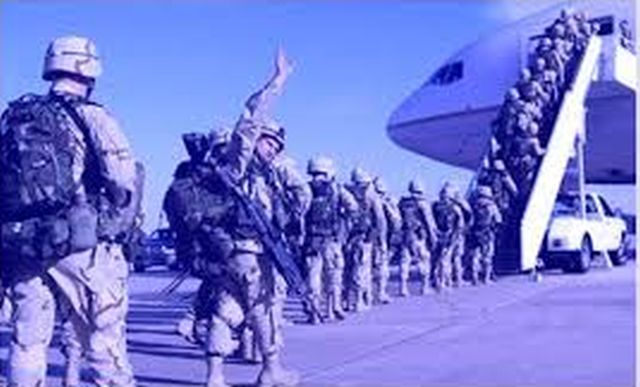 Damscus : A Syrian-Russian joint coordination committee has demanded the US forces to withdraw from Syria, according to Syrian state news agency SANA.

The Joint Coordination Committee for Return of Syrian Refugees said in a statement that the US must withdraw its forces, which are illegally present on Syrian soil, Xinhua news agency reported.

The Syrian government in coordination with the Russian side will organise humanitarian convoys as of the beginning of March to help return the displaced Syrians in the Rukban camp in southeastern Syria to their areas, said the statement.

The US forces in the al-Tanf area are preventing aid convoys from reaching the camp, which is controlled by the rebels near the Syrian-Jordanian border, it said.

The humanitarian convoys would reach the area in coordination with the UN, the statement added.

The Syrian and Russian sides opened two humanitarian corridors near al-Tanf for the evacuation of people from al-Rukban on February 19.

The statement charged that the US forces in al-Tanf were preventing the people from leaving the camp.

The Rukban camp is home to 50,000 displaced Syrians, who are suffering from the harsh humanitarian situation because of the cold weather and lack of supplies.