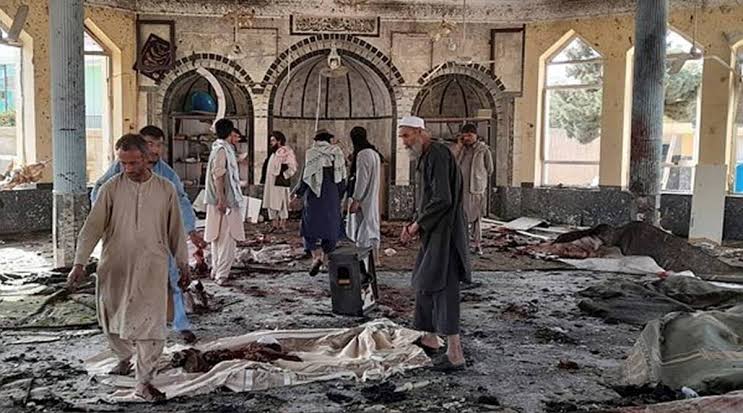 ANKARA, Turkey:  A bomb attack on worshippers at a Shia mosque in the Afghan city of Kunduz killed at least 46 people on Friday, officials said.

Matiullah Rouhani, head of the Information and Culture Department in Kunduz under the Taliban government, said the explosion killed at least 46 people while 143 others were injured.

Taliban spokesman Zabihullah Mujahid said many citizens were killed and wounded by “insurgents.” In a tweet, he condemned the “heinous act” and promised “to find and punish the perpetrators.”

The United Nations Assistance Mission in Afghanistan (UNAMA) said it was “deeply concerned by reports of very high casualties,” calling the attack a part of a “disturbing pattern of violence.”

Meanwhile, in a statement, the Deash/ISIS terror group, which has targeted Shia Muslims in the past, claimed responsibility for the attack.

On Sunday, at least eight people were killed and 20 others wounded when a bomb went off near the entrance of the Eidgah Mosque in Kabul.

People had gathered for a memorial service for the late mother of Mujahid, who is also the deputy minister of information and culture in the interim Taliban government.-AA