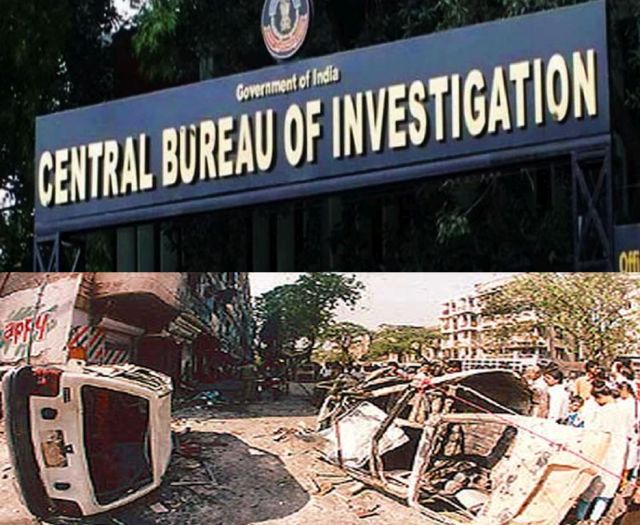 Mumbai : The Central Bureau of Investigation on Tuesday filed a supplementary chargesheet against an accused, Ahmed Kamal Shaikh alias Ahmed Lambu, for his alleged involvement in the March 1993 Mumbai serial blasts case, an official said.

The CBI lodged the supplementary chargesheet before the Designated TADA Court in the case registered 25 years ago.

Thirteen back-to-back blasts had rocked Mumbai on March 12, 1993 killing 257 people, injuring over 710 and destroying properties worth over Rs 27 crore.

Shaikh, one of the accused named by the CBI, had been absconding for the past 25 years and was arrested on June 1. He is in judicial custody.

Earlier, he had been declared a proclaimed offender by the Designated TADA Court, a non-bailable warrant of arrest was issued against him on September 17, 1997 and the Interpol had issued a red corner notice in his name.

The CBI probe revealed that Shaikh was part of the criminal conspiracy hatched for executing the blasts.

He had gone to Dubai and worked in close association with several other prime absconders such as Dawood Ibrahim Kaskar, Chhota Shakeel, Tiger Memon and others, CBI said.

After the Dubai meeting, Shaikh was given training in handling arms and ammunition, bombs making and throwing hand grenades, investigations revealed.

From them finally 129 appeared for trial and 100 were found guilty, including several absconders who had left the country for Dubai or Pakistan shortly after the blasts and still elude the law.

One of the accused, Bollywood actor Sanjay Dutt was convicted and he completed his five-year sentence in February 2016, while another accused, Yakub Memon was hanged in Nagpur Central Jail in July 2015.