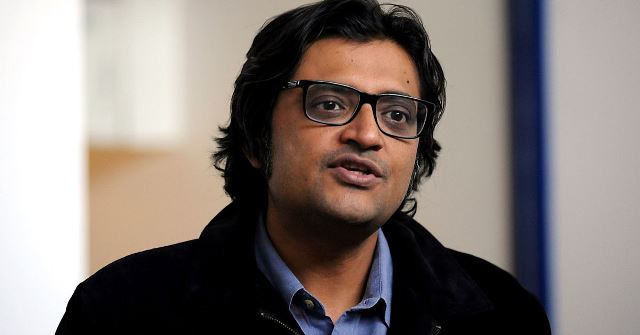 The Mumbai Police have issued notice to Republic TV editor-in-chief Arnab Goswami for allegedly making communally-provocative remarks during the coverage of Palghar lynching case and Bandra migrants incident.
He has been asked to appear before the Special Executive Magistrate and Assistant Commissioner of Police, Worli Division on Friday at 4 pm, legal news website Live Law reported.

The notice has been issued by Sudhir Jambavdekar, assistant commissioner of police (Worli division), exercising the powers of Executive Magistrate Section 108 of the Code of Criminal Procedure Code.

Under Section 108 CrPC, an executive magistrate can demand “security for good behaviour” from a person who is suspected of acts like the publication of materials affecting communal harmony.

On April 21, Mr Goswami had conducted talk show “Puchhta Hain Bharat” on the killing of two saints along with his driver by a mob in Maharashtra’s Palghar district. During the show, he asked if it was a crime to be Hindu and wear saffron and whether the people would have remained silent had the victims been non-Hindu.
His comments could create communal disharmony and hatred between Hindus and Muslims, and the show evoked strong reactions on YouTube, the notice said.

The notice also mentioned that before the Palghar incident, Arnab Goswami had allegedly made provocative comments about a crowd of migrant labourers that had gathered outside the Bandra Railway Station in Mumbai during the coronavirus-induced lockdown.

On Sunday, a senior official of Republic TV was questioned by the Mumbai police in the case involving the alleged rigging of television ratings.

Earlier, the Mumbai police had registered an FIR against Goswami under Section 153A & 153B IPC alleging that he had communalized the Palghar and Bandr incidents.

The Bombay High Court stayed the investigation after observing that the offences were not prima facie attracted.

In a statement on Tuesday, Republic TV called the notice illegal since the Supreme Court and the Bombay High Court had stayed action against Goswami.