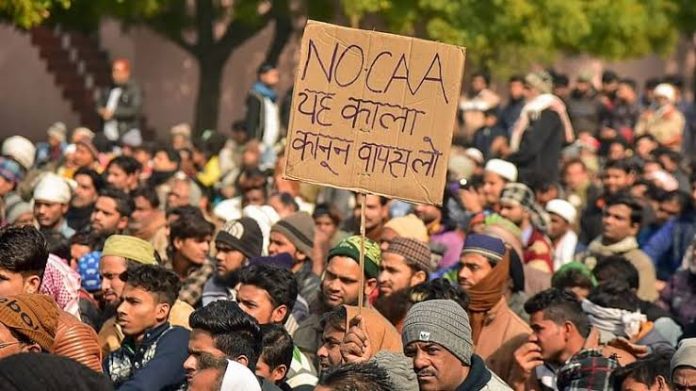 Bareilly, Jan 23 A group of Sunni Barelvi Muslim clerics have decided to spread awareness among people in their area regarding the drawbacks of Citizenship Amendment Act and National Register of Citizens.

A decision to this effect was taken when a delegation of Jamaat Raza-e-Mustafa met clerics and the Shahr Qazis in Bareilly and requested them “to hold peaceful protests till the government gives in and announces a rollback.”

“As shahar qazis hold sway in their respective areas, it has been decided that they will brief the people about drawbacks of CAA and NRC. We want people to carry on with silent protests against CAA and NRC across the country.”

“We fear that ”doubtful” citizens would be identified during National Population Register (NPR) exercise by local officials who may put a large number of people in this category,” he added.

Maulana Ikram Raza Khan, who was also part of the Jamat Raza-e-Mustafa delegation, said: “We will intensify our peaceful protests across the country to put pressure on the government to rollback CAA and NRC.”

Meanwhile, a delegation of Jamat Raza-e-Mustafa also met Maharashtra Chief Minister Uddhav Thackeray in Mumbai on Wednesday and requested him to reject CAA, NRC and NPR.

Sunni Barelvi cleric Mufti Asjad Raza Khan in his statement issued last month said: “This is not a Hindu-Muslim matter, but is about the country”s Constitution. The country can only be run by the Constitution, not by dictatorship. People who are protesting against NRC and CAA are praiseworthy. Silent protest is our right.”