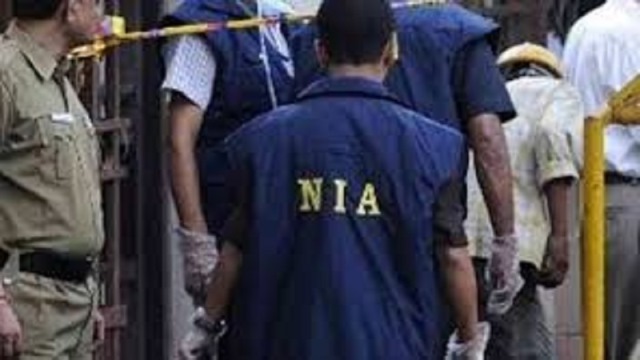 New Delhi: Muslim groups on Thursday strongly condemned the National Investigation Agency’s (NIA) pre-dawn raids on the premises of   Human Welfare Foundation and Charity Alliance today in Delhi. They termed it is another “brazen attempt by the central government to harass and intimidate civil society orgaanizations , groups and NGOs  working for community upliftment and strong voices like former  Delhi Minority Commission chairman, Dr Zafar ul Islam Khan. They also underlined that in view of the ensuing Bihar assembly elections, the raid seemed to be part of the ruling party’s well known strategy of creating a convenient ‘Muslim’ bogeyman to distract from real issues and pointed out a  Union minister’s  remarks  made just a couple of days before.

Dr Zafar ul Islam Khan dismissed all the allegations of the agency as baseless. In a statement, released after the raid, he feared that there was an attempt to implicate him in a terror or riot case.

“I have no relationship or even contacts with Kashmiri militants and have not even visited Kashmir for many years. It seems an attempt to implicate me in some terror or riot case,” said Khan.

In the searches during the four hours, the NIA took away “many papers, all laptops, hard disks of all desktops, cash found etc”. Khan said he was told there was order from a higher authority to conduct the raid linking him and his NGO with Kashmir terror. The NIA sleuths had jumped the wall of his house to enter his home.

“Thrown to stone age. No laptop, no mobile, no desktop. NIA people said order for raid came from the very top and they were woken up at 4 am for this great task of raiding a journalist. They had no patience. They jumped the wall to enter my house like they did with Chidambram,” Khan tweeted.

Dr Khan is a senior journalist and contributor and commentator to a host of foreign media organizations who also edits   Milli Gazette. Besides this, he is former President, All India Muslim Majlis-e-Mushawarat and Managing Director, Pharos Media and Publishing Pvt. Ltd.

Voicing support for Dr Khan and Welfare Foundatio, All India Muslim Majlis-e- Mushawarat, a conglomerate of leading Muslim groups condemned the raids.  AIMMM president, Navaid Hamid, said in a tweet that it is a diversionary tactic to deflect attention from issues in the ensuing Bihar polls.

‘Timings of raids convinced that it’s a diversionary tactic to divert frm issues in #BiharPolls& make it HinduMuslim issue’.

Social Democratic Party of India alleged said the Modi  government that has lost its face due to negative economic growth and the gross failure in handling the Covid19 pandemic is now in the process of diverting people’s attention by ‘witch-hunting’ Muslim charity organisations in the name of “terror-funding.”

In a statement, SDPI president, M K Faizy   said the government is confident that any hogwash they carry out will be heartily welcomed and supported by their bigot followers.

“If the acts are branded patriotic and against the Muslim ‘traitors.’ The fully saffronised national media will do the work of successfully spreading any false and fake news and whatever nonsense the RSS government vomits,” he added.

Defending Dr Khan, SDPI leader said he has been a thorn in the flesh of Sanghis for his strong anti-fascist stand. The government had futilely attempted to nab him after raiding his house a few months back.

Dr Khan raised many uncomfortable questions regarding the conduct of government officials in his capacity as head of a Delhi minority panel   and the DMC under him also conducted a fact finding investigation into the Delhi riots that exposed major loopholes in the Delhi Police’s findings.

Activists see a link between Union Minister Mukhtar Abbas Naqvi’s recent statement and anti-terror agency’s raid.  Speaking at a press conference last  Sunday in connection with the Bihar election,  Naqvi  mentioned  Jamaat-e-Islami Hind’ while alleging Welfare party and PFI for terror  link.  His allegation was strongly rebutted by the Welfare party demanding public apology from him and BJP.

SDPI leader Faizy cautioned that “It will be better for the government to remember that its efforts to stifle the opposing and dissenting voices will end up in huge failure. Raids, arrests and fake cases cannot defeat the steadfastness of a community committed to fight for their rights and fight fascism.”

T. Arif Ali, General Secretary of the Human Welfare Foundation (HWF), said in a press statement that more than 15 sleuths of the National Investigation Agency (NIA) conducted raids at the offices of the HWF, in Abul Fazal Enclave, New Delhi, at around 7.30 am on Thursday.

Giving details about seizures, he said that the sleuths took away some files, documents and laptops/computers of the account department, chief executive officer and public relations department of the Foundation.

According to him Foundation’s treasurer Mohammad Jafar and acting chief executive officer (CEO) Noufal P K were detained for interrogation.

He said that the Foundation’s core areas of activity are education, health, employment, developing water sources like installation of tubewells, digging of wells, microfinance, relief and rehabilitation works since the last 12 years throughout the length and breadth of the country.

He said that the Foundation conducted all its activities within legal framework and within the purview of the Constitution of the country. Foundation is an umbrella body under which several registered NGOs are working in the country.

Meanwhile, Jamaat-e-Islami Hind (JIH), the biggest socio-cultural organisation of the Indian Muslims, has taken strong objection to the media linking it with the Human Welfare Foundation (HWF).

In a statement, Syed Tanveer Ahmed, Jamaat’s media in-charge, said that many news channels, especially the Republic TV, have projected that HWF is a part of the Jamaat-e-Islami Hind but the fact is that the HWF is a separate legal entity and there is no legal subordination or subsidiaryship of the Jamaat over the HWF.

Ahmed cautioned the news media not to malign the image of the Jamaat-e-Islami Hind. He said that this deliberate attempt of maligning the name of the Jamaat by media houses is a matter of serious concern and we will take appropriate legal steps if so advised.