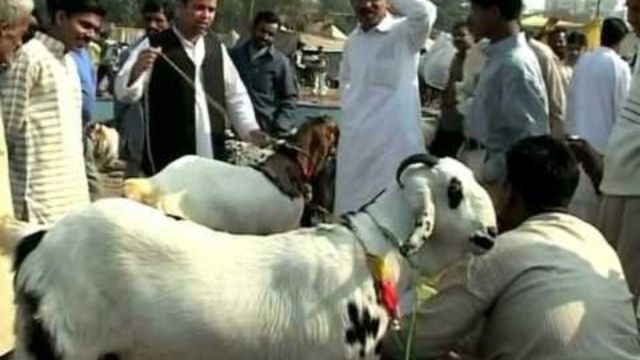 New Delhi: Ahead of the Eid ul Adha, prominent Muslim organizations, religious leaders and scholars on Friday issued a 8-point advisory asking the community to abide by ‘dos and don’ts’ in order to foil the designs of anti-social elements. Taking into the consideration the prevailing hate-filled atmosphere in the country, they want Bakra Eid passes off peacefully which will fall on August 22 this year.

On the eve of Eid, it is for the first time that Muslim groups have come out with such a advice to the community. It reminds the grim situation in the country.

The eight-point advisory has asked Muslims to avoid streets and public places for carrying out the sacrifice, hold slaughters jointly at a common place and ensure the highest level of cleanliness and hygiene. It also appealed the community members not to break the law under any circumstances and keep in touch with the local administration and draw their attention towards maintaining law and order in the area.

It states that “This time, due to a particular situation you may encounter certain difficulties in procuring and sacrificing the animal for qurbani (Sacrifice). Despite these difficulties, the people who can afford it should definitely perform the qurbani. Just because of difficult circumstances, you should not become negligent of this important responsibility. In fact you should help each other and observe the qurbani in the same manner as you have been doing previously. One should always keep in mind the warning given by Prophet Muhammad (SAW): “the person who does not offer qurbani despite having the means to do so, should not enter our Eidgah”

It further advises that “Do not give chance by your actions and behavior for any kind of complaint to your neighbors especially those belonging to other faiths. You should not allow relations to become strained and must exercise maximum self-control and self-restraint. You should not take the law in your hands under any circumstances.”