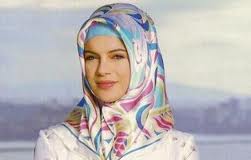 Moscow, April 23: Muslim parents whose children have not been allowed to wear headscarves or hijab to school in a southern Russian region have appealed to the Supreme Court.

The ban on hijabs for pupils in Stavropol region came into force in September 2012 after local authorities issued a ruling requiring schoolchildren to wear uniforms.

The appeal was filed on behalf of Muslim families in Stavropol who are seeking to annul the school uniform requirements. A lower court rejected the lawsuit in March.

A similar legal case was launched in Siberia last month. A local TV station in Krasnoyarsk city reported that a female student from the Muslim-populated region of Dagestan was expelled from the city’s medical school for wearing a headscarf on its premises.

Local prosecutors criticised the dismissal as violating education law and ordered the university to reinstate the student.