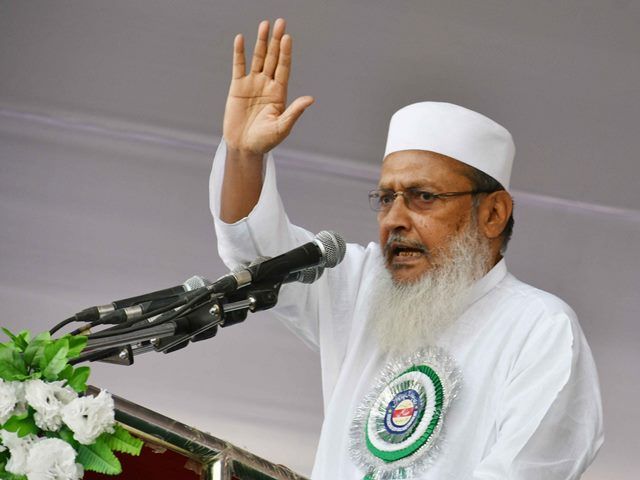 Rahmani, while addressing a large gathering of Muslims at a “Deen Bachao Desh Bachao”(Save religion, save country)” rally at Gandhi Maidan here, warned that Muslims would not tolerate any more attacks on their personal laws and would continue to protest against it.

Rahmani, who is also the head of the Imarat-e-Sharia, an influential Muslim body from Bihar, Jharkhand and Odisha, said: “We waited for four years, expecting that BJP would learn to run the nation as per the constitution. But we were wrong, take for instance Muslim personal laws which are under attack.

“We are compelled to inform our countrymen that Islam and our country is in danger under the present government at the centre.”

He told the gathering that if they did not wake up now, “there will not be sufficient room and chance to perform later”.

“There are numerous issues on RSS’ agenda which this government will attempt to execute. Following triple talaq, it will be Uniform Civil Code and also ban on Azaan through loudspeakers. There is a long list,” he said.

The rally was jointly organised by the Imarat-e-Sharia and AIMPLB.

Nearly a dozen Muslim clerics and leaders addressed the rally and cautioned about the “evil design of RSS-controlled NDA government” at the centre.

They said that the central government was trying to tamper with “Sharia” (Islamic Laws).