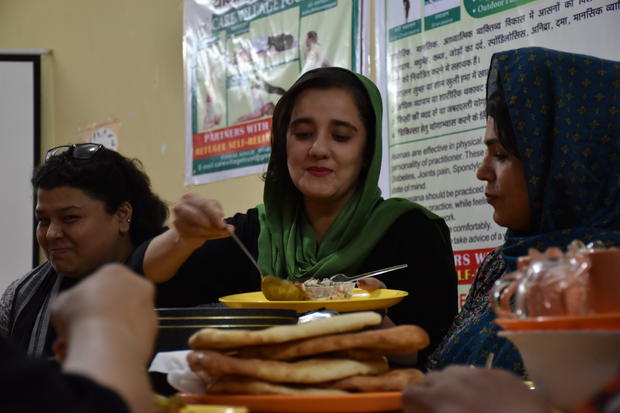 New Delhi: Scores of Afghan and Rohingya Muslim refugees have reportedly converted to Christianity in order to become eligible for Indian citizenship under the Citizenship Amendment Act (CAA), which allows persecuted non-Muslim minorities from Afghanistan, Pakistan and Bangladesh to get Indian citizenship. Central agencies have alerted the government while they have flagged nearly 25 such cases of Afghan Muslims converting to Christianity as part of ongoing assessment, Economic Times reported on 23 July referring to “people with knowledge of the matter”.

Adib Ahmed Maxwell, who heads an Afghan church in south Delhi told ET that there has been a “spurt” in the number of Afghan Muslims wanting to convert to Christianity after the CAA was passed by Indian Parliament.

Muslim activist Afreen Fatima says it is “unfortunate” that they are left with no option but to change their religion in order to flee from persecution. “If you talk of granting citizenship on religious basis, human beings [refugees who do not belong to the religious communities mentioned in the CAA] will not have an option except to change their religion,” she told Muslim Mirror.

Legal advisor of Bhim Army Mahmood Pracha called it a “failure of Muslim leadership”. “If the report is true, then its biggest responsibility falls on Muslim leadership because they have made the community coward to the extent that they are thinking of these ways [converting to other religions] in compulsion,” he told MM. Pracha added, “We will either have to change this leadership or erase this cowardice”.

Fatima also believes that Muslim leaders have failed to ensure that the rights of Muslims are protected in India . She attributed it to the unnecessary obsession of continuously ‘proving’ their loyalty to the country. Fatima says that barely helped Muslims since the majority community continued to view them with suspicion. “That’s why the new leadership that arose from CAA movement, from Jamia Millia, from Aligarh Muslim University, does want to assert their loyalty to India. We don’t need to prove anyone.”