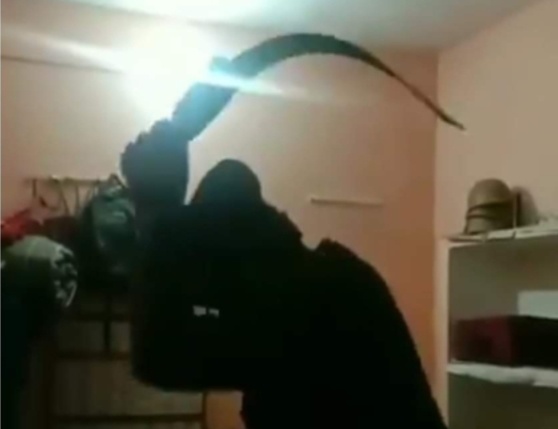 Muzaffarnagar (UP):  UP police have started investigation in the alleged torture of a Muslim youth in Harsoli police station of Muzaffarnagar district following complaint lodged by the rights group NHCRO. The police department also suspended two guilty police personnel immediately.

According to NCHRO, in the Harsoli police station, the police inspector Sandeep Kumar and constable Prashant Sharma illegally detained a youth named Mobeen (who is from an extremely poor family and sells chow mein), and stripped him naked in custody and beat him mercilessly. As a result of which, he has sustained serious injuries.

The organisation’s state President, Adv.Rita Bhuiyaar alleged that these two policemen also abused the mother and sister of Mobeen badly. These two took Mobeen under custody for no reason and illegally locked him up in a room and beat him up badly, the video of which reached the state Vice President of the organisation, Zakir Ali Tyagi. After this, the Vice President of the organisation Zakir Ali Tyagi tagged the Muzaffarnagar Police, UP Police, and SP Muzaffarnagar on twitter and facebook and shared this incident of a grave violation of human rights. As soon as the video and the twitter message reached the police department, the police department immediately took action in the case and suspended the two accused policemen effective immediately and ordered an investigation into the matter.

Regarding the matter, the police department also shared the information of the overall investigation with the state Vice President of the org, Zakir Ali Tyagi. Because of the organisation’s prompt complaint, the police had to investigate. The organisation is also contemplating about writing a complaint to the Human Rights Commission and other related departments.