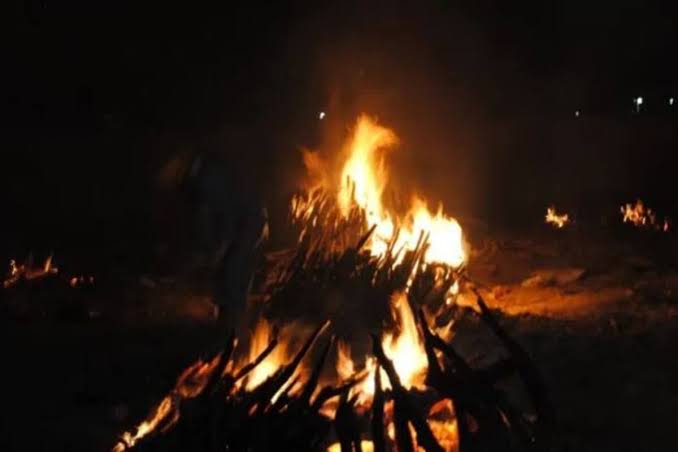 PATNA – As the country is fighting the severe crisis due to the surge in the Covid-19 cases and fatalities, a group of Muslim youths have set an example of Hindu-Muslim unity in Bihar’s Gaya district as they cremated a 58-year-old Hindu woman who suspectedly died due to Covid-19.

A video went viral where Muslim men are seen carrying the bier of deceased.

The said video is of Tetaria village under Imamganj police station where a woman, identified as Prabhawati Devi (58), who was admitted to a private hospital died during the treatment and the doctors believe that she might be infected with Covid-19.

“As the family members suspected that she died due to Covid-19, they did not touched the body. The hospital administration had put the body in the vehicle but neither her husband nor her two sons came forward to claim it. The body was kept in the vehicle from 12 noon to 8 p.m. on Saturday,” Shariq said.

“When we got to know about it, we went there and tried to convince them to perform last rites. They still maintained the distance. Eventually, we brought down the body from the vehicle and a group of Muslim youths brought bamboos and made bier. We took the body to the cremation ground. Realising the mistake, the family members followed us and eventually gave shoulder to the bier,” he added.

The son of deceased told the media: “Mohamad Rafiq, Mohamad Shariq, Mohamad Kalami, Mohamad Bariq, Mohamad Laddan and other Muslim youths help us to perform last rites of my mother. They have set a brilliant example of Hindu-Muslim unity and our family is thankful to them.” -IANS