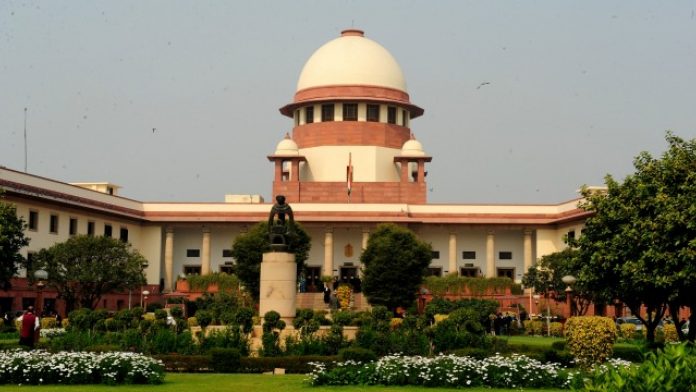 New Delhi:  A plea has been moved in the Supreme Court challenging the implementation of the Sachar committee report which recommends welfare schemes for the Muslim community.

The petitioners, termed followers of Sanatan Vedic Dharma, said that they are against the notification in 2005 by the Prime Minister’s Office to constitute a high-level committee, under chairmanship of Justice Rajender Sachar (retd), to prepare a report on the social, economic and educational status of Muslim community, as a society governed by rule of law, gives no space for the administration to show any inclination or favour to any religion or religious group.

The plea argued that power to appoint a commission to investigate into the conditions of socially and educationally backward classes vests with the President under Article 340 of the Constitution. “It is relevant to mention that the entire Muslim community has not been identified as socially and educationally backward class and therefore, Muslims, as a religious community, cannot be treated as a special class entitled for benefits available to backward classes,” it said.

It argued that the social and economic conditions of the persons belonging to SC and ST category are worse than any other community, and the government has failed to take appropriate steps for their betterment.

The petitioners said the Muslim community is not entitled for any special treatment for the reason that they were the rulers for a long number of years and even during British rule, they enjoyed and shared the power.

“The reservation for SC/ST has been granted in view of their socio-economic condition prevailing at that time and not as a booty and their upliftment is a constitutional goal and the obligation of the Government to make every endeavor to raise the conditions of SC/STs,” the plea argued.

Claiming the economic condition of Muslims is much better, it alleged: “Muslims constituted the largest religious minority because Muslim period of rule in India was longest followed by British rule during which many Hindus had to adopt Muslim or Christian religion.”

The plea sought a direction to restrain the Centre from placing reliance on and implementing the Sachar Committee report submitted on November 17, 2006.-IANS