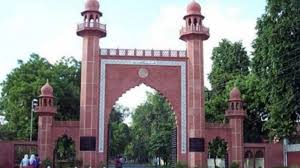 Aligarh, Sep 13 Muslims in India have been playing their constitutional role and are focused on basic issues of poverty, employment generation and education, according to a book released at the Faculty of Arts Lounge, Aligarh Muslim University, here on Friday.

The book, ”Siyasi Muslims: A Story of Political Islams in India” (Penguin India), is an attempt to reach out to those who are interested in knowing about what”s called ”political Islam” in India, according to its author Hilal Ahmed, Associate Professor at the Centre for Study of Developing Societies (CDCS), New Delhi.

“Muslims are divided on the basis of caste, class and regional lines,” said Ahmed. The caste, class and gender were not only sociological indicators to offer a context-specific view of Muslim backwardness, but also played a role in shaping the nature of Muslim engagements with different forms of politics, he added.

Unlike the Muslim elites of the 1960s and 1970s, who came primarily from erstwhile Muslim-dominated urban centres, like Hyderabad, Lucknow and Delhi, new Muslim professionals belonging to lower middle class neighbourhoods in Metros and small towns were transcending their economic status, Ahmed said.

Ahmed said Muslim political groups operated within the constitutional framework and their demands were made through the language of rights and the law.

They (Muslim political groups) highlight Muslim”s contribution in nation-building and focus on the Muslim unity, Ahmed said and added, but it was qualified in the sense of self-identification as minority.