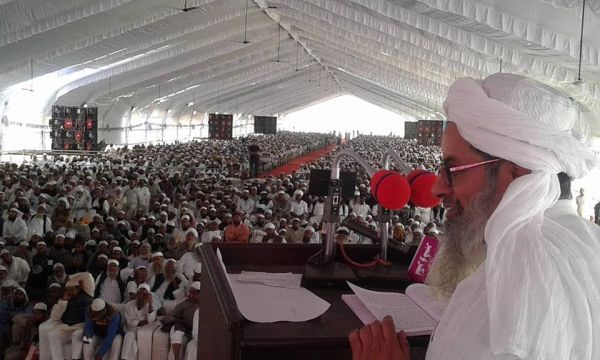 Ajmer: In the backdrop of Uniform Civil Code and Triple Talaaq controversy, Jamiat Ulama-i-Hind’s two day 33rd general session, which begins here on Saturday, said it won’t tolerate any interference in the Muslim Personal Law as any interference amounts to infringement of fundamental rights enshrined in the Constitution.

Showing the unity of all sects and schools of thought at the 33rd general session, Jamiat Ulama-i-Hind President Maulana Mohammad Usman Mansurpuri said in his key note address that there is a need to paper over the sectarian differences among the community as the communal forces are trying to exploit these to defame Islam and Shariah. He exhorted the Jamiat members and followers to attach themselves with the four lineage of the Sufism. He said the decision to hold 33rd Jamiat session in Ajmer Sharif was to give a universal message of Islam against terrorism and communalism as Hazrat Khawja Moinuddin Chishti always stood for these ideals.

Echoing his views, Jamiat Secretary General and ex MP Maulana Syed Mahmood Madani also said the Jamiat session is being held for national unity as well as unity among Muslims and Ajmer Sharif is the most suited place for this as Hazart Khawja Sb had spread the universal message of brotherhood, peace and harmony from here.

Presenting the secretary report, Maulana Madani raised doubts on government’s intention over Uniform Civil Code and the issue of triple talaaq. He said there is complete unity and unanimity among the Muslims on the issue of Shariah as no one will tolerate any meddling in their religious matter. However, he urged the Uelma, who gathered here from every nook and corner of the country, to work for social reform and bring positive change in the society. He said it was Islam which gave the concept of divorce ( Talaaq) to the world, but it is unfortunate that it has been pilloried. 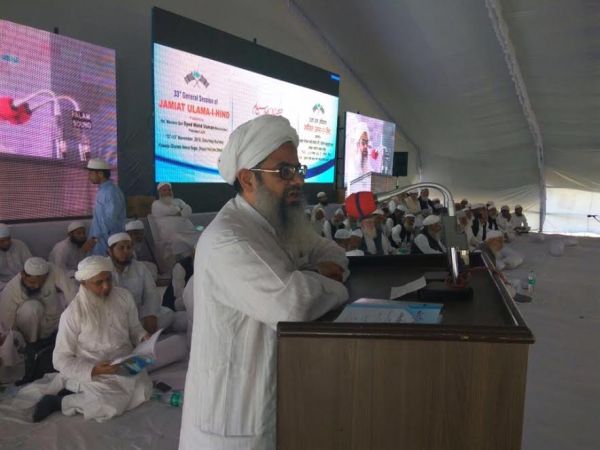 In the prevailing situation in the country, Maulana Madani called for forging unity with Dalits and backward classes as they have been still subjected to caste cruelty in the country. It is the duty of Muslim to spread the Islamic message of brotherhood.

Besides this, Jamaal leaders, Maualan Nadim Siddiqui, Maulana Mateenul-haq, Osama, Niyaz Ahmad Farooqui and others also spoke on the occasion. More than 10 thousand Ulema gathered here to attend the session which assumes significance in the present situation as the Modi government is trying to pave the way for UCC.