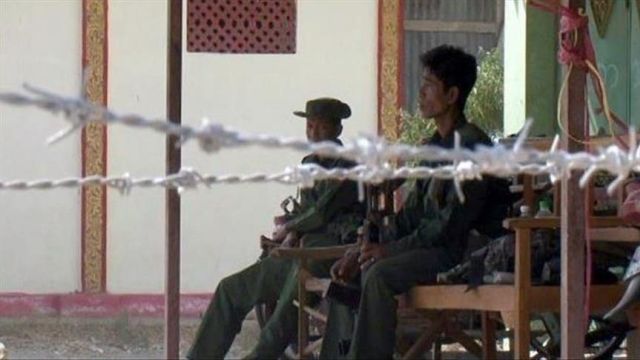 Yangon, Myanmar: Myanmar’s military has fired a general who the European Union says is the most responsible for alleged atrocities against Rohingya civilians in western Rakhine state.

The move came as the European Union and Canada imposed sanctions against Maj. Gen. Maung Maung Soe, head of the Myanmar armed forces’ Western Command, and six other military and police officers over serious rights abuses during military operations. They included asset freezes and travel bans.

The military said in a statement Tuesday that Maung Maung Soe was dismissed due to the weak performance under his command in handling the situation when Rohingya militants launched attacks on military and police border outposts in 2016 and 2017.

Among his weaknesses were his “failure to prevent the committing of violent acts using excessive force,” without mentioning who committed the acts.

It also said that Lt. Gen. Aung Kyaw Zaw, who was a commander of the Special Operations Bureau at the time of the military crackdown following the militant attacks, was allowed to resign due to health problems.

Since Aug. 25, 2017, more than 750,000 refugees, mostly children, and women, have fled Myanmar and crossed into Bangladesh after Myanmar forces launched a crackdown on the minority Muslim community, according to Amnesty International.