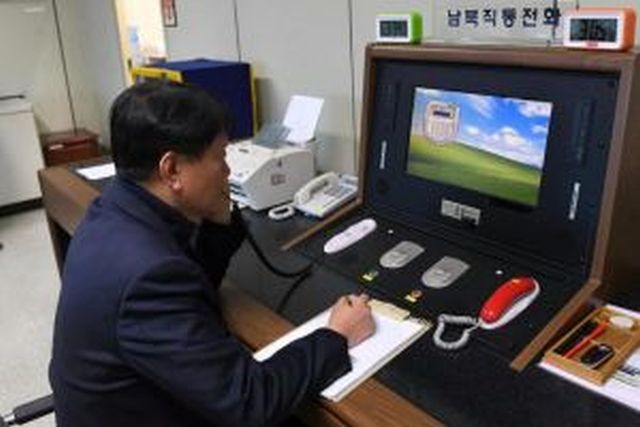 Seoul : North Korea on Friday accepted South Korea’s proposal for official talks, in what will be the first high-level contact to take place between the two countries in more than two years.

South Korean Unification Ministry spokesman Baik Tae-hyun told the media that North Korea informed its southern neighbour by fax at 10.16 a.m., that they have accepted the Seoul’s offer to initiate talks, reports CNN.

The person-to-person talks will be held January 9 — one day after North Korean leader Kim Jong-un’s birthday — at the Peace House, located on the South Korean side of the truce village of Panmunjom, located in the Demilitarized Zone (DMZ) between the two nations, Baik said.

The spokesman said the two sides agreed to work on the details of the talks “through the exchange of documents”, and added the agenda items of the talks will be “issues related to improving inter-Korean relationships including the Pyeongchang (Winter) Olympic Games”.

The faxed message accepting the long-standing offer of talks was from Ri Son Kwon, chairman of the North Korean Committee for the Peaceful Reunification of the Fatherland, CNN reported.

The last high level inter-Korea talks were a deputy ministerial meeting between South and North Korea that took place in December 2015 at the jointly-run Kaesong industrial zone in North Korea.

The industrial park, which opened in 2004 in a rare show of cooperation between the two Koreas, was shuttered in 2016 in response to Pyongyang’s ramping-up of missile and nuclear testing.

Friday’s announcement comes after South Korea and the US agreed late Thursday to delay their joint military drills during the Winter Olympics, reports Yonhap News Agency.

North Korea has long denounced the military drills as a war rehearsal and used them as an excuse for its provocations. But South Korea and the US has maintained that the exercises were defensive in nature.

Contact between the two Koreas was initiated after the North Korean leader expressed hope during his annual New Year’s day address that a Pyongyang delegation might participate in next month’s Winter Games in Pyeongchang, South Korea.

A hotline between Seoul and Pyongyang, which had remained unused for two years, also rang once again on Tuesday, in what has been widely regarded as a major diplomatic breakthrough.

At least five calls have been placed through the cross-border channel since.

No war-ending declaration with N.Korea before denuclearization: US