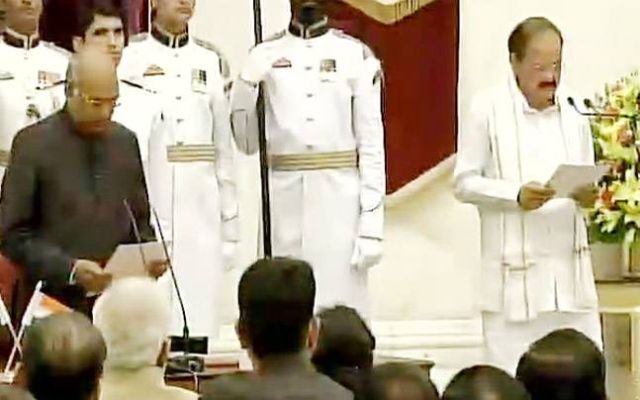 Naidu won 516 out of the 760 valid votes, winning the highest vote share in three decades in the vice presidential poll.

Prime Minister Narendra Modi, his predecessor Manmohan Singh and Union Home Minister Rajnath Singh were among those present on the occasion.