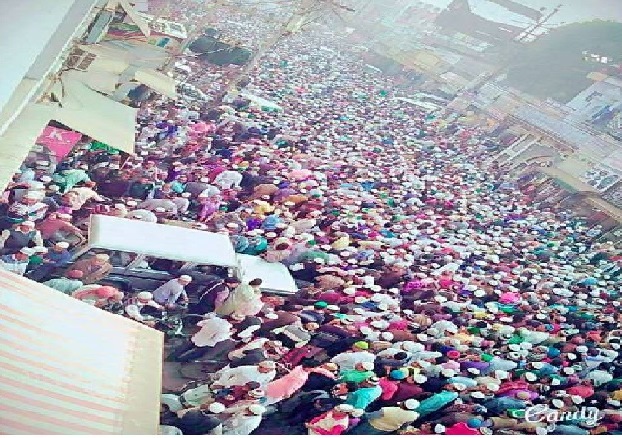 Nanded :The Muslim Aarakshan Sangharsh Kruti Samiti organized a peace rally in Nanded on Sunday to demand reservation for the Muslim community.

According to the organizers the rally was attended by more than 5 Lac people including women and senior citizens.  The rally was also attended by representatives of Maratha and Dalit communities.

An open jeep with the National Flag hoisted atop it led the rally peacefully from New Mondha to Shivaji Pulta covering a distance of 4 Kilometers. The rally attended by  religious scholars, lawyers, teachers, students, healthcare professionals, businessmen and engineers concluded peacefully without any sloganeering. A memorandum was later handed over to Nanded district collector Suresh Kakani.

According to the organizers, this rally witnessed the largest ever participation of women in any rally in Maharashta.

The main demand put forth in the rally was 10% reservation for Muslims.  Along with that, demands and concerns were raised regarding:

While leaders and activists did not make any speeches some individuals expressed their angst against the government for inefficient handling of issues concerning Muslims and Dalits. Participants citied the huge sacrifices made by Muslims in India’s freedom struggle and other national causes.