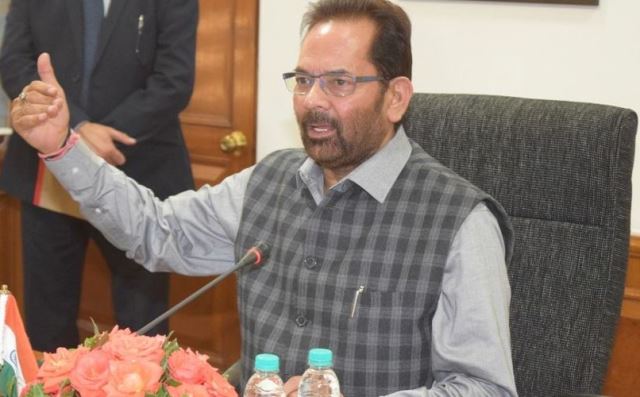 New Delhi/ Jeddah: Saudi Arabia has restored India’s 20 percent Hajj quota which was reduced because of expansion works in the Haramain Shareef for the last three years. With this increase, now the existing Hajj quota from 1, 35,903 will go up to 1, 70,403.

The decision was taken during the signing of annual Hajj agreement between India and Saudi Arabia by Naqvi and Saudi Haj and Umrah Minister Dr. Mohammad Saleh bin TaherBenten at Jeddah today.

In a press note issued by the Minority Ministry, “Naqvi said that it is a matter of pleasure that Saudi Arabia has increased India’s Haj quota by 34,500. It is the biggest increase after 1988 in the quota of Haj pilgrims from India”.

However, the Minister’s claim of ‘the biggest increase’ did not have any basis. Before the expansion program in Makkah & Madina Munawara, Indian Hajj quota was around 1, 75,000 in 2013 while the UPA government was in power. The Minister’s claim can be seen in the context of the coming assembly elections particularly in UP elections as BJP wants to woo Muslims by making such false claims.

Reacting to Naqvi’s claim, a former officer attached to the Hajj Committee of India said if the minister really wanted to earn any brownie points, he would have convinced the Saudi authorities to fix the Indian Hajj quota on the basis of 2011 census. Instead of doing this, the minister is bragging quota restoration as ‘the biggest increase’ since 1988, that is an utter lie, he added.

The agreement for Hajj 2017 was signed at Saudi Arabia Ministry of Hajj and Umrah at Jeddah.Naqvi described his meeting with Saudi minister as very fruitful. He said the constructive discussion was held on the whole gamut of issues related to the Indian Hajj pilgrims and Hajj pilgrimage. The issues included Hajj quota from India, transport and accommodation facilities for pilgrims and their safety.

He said that India and Saudi Arabia share the ideals of global peace, progress, and prosperity and Hajj pilgrimage is one of the strongest pillars of India-Saudi Arabia ties.

It is to be noted that last year around 99,903 people went to Saudi Arabia for performing Hajj from 21 embarkation points across India through Haj Committee of India and the rest 36,000 pilgrims went through private tour operators.

For the 2017 Hajj season, the application process has already started from January 2.The last date for submitting applications is January 24, 2017.