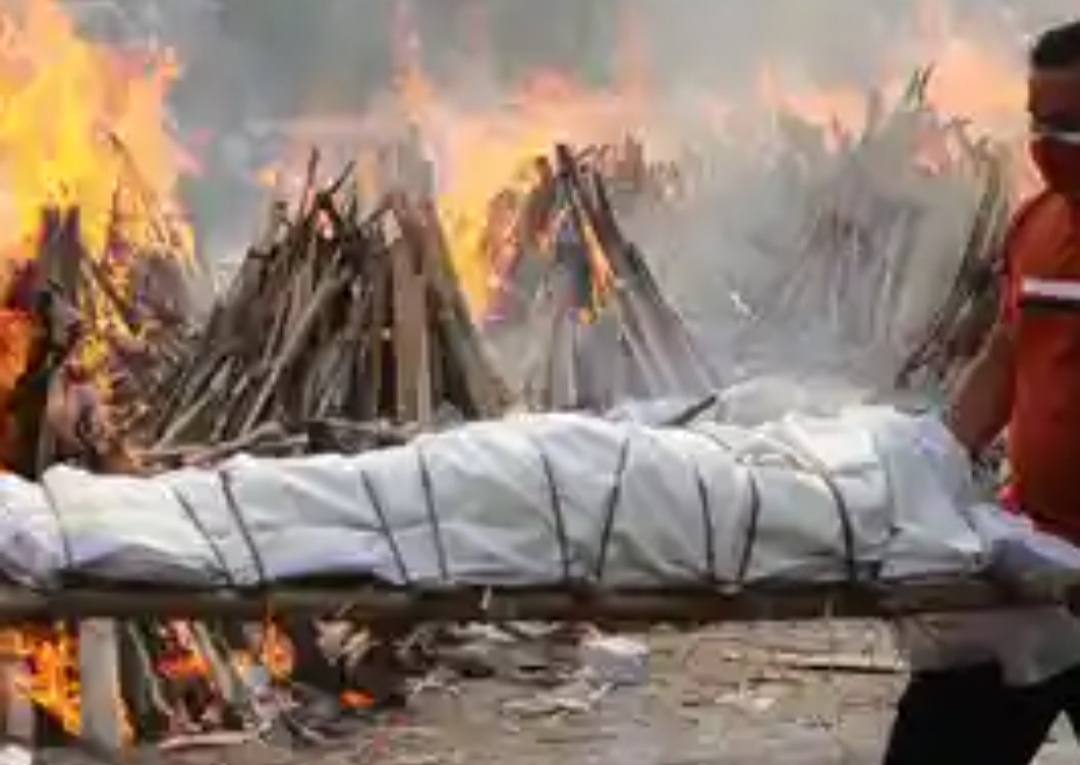 There a series of surveys marking the dwindling popularity of Indian PM Narendra Modi but the haunting is for UP CM Ajay Singh Bisht.

The BJP government in UP is now to be in its last phase with barely six more months to go and accordingly owing to the rule (of BJP), or rather the misrule, of BJP at the Center in the last seven  years, there are open contemplations in the air. The surveys definitely for sure show BJP in doldrums, with people clamoring the sentiment that BJP is not to cross the triple figure out of 403 in UP 2022.  BJP, despite being at the helm had to cut a sorry figure in the recently held UP local bodies elections-the proverbial quarterfinals. What is eagerly awaited are the coming semifinals with the final to be at Center in 2024. No wonder the BJP drubbing is all in the making, due to COVID-19, despite the ‘lotus-faced’ media still dying into a cover-up exercise. 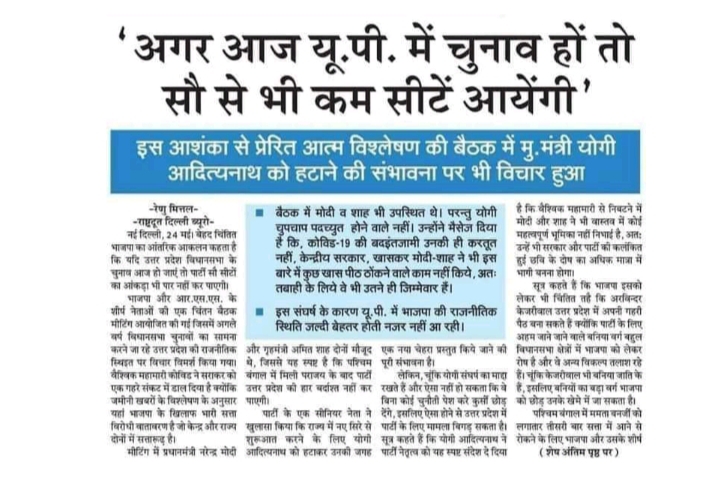 The COVID-19 pandemic created a disastrous havoc in the nation where Modi government could not even manage Oxygen to the dying millions and all BJP government could do was to fudge the death figures. New York Times on May 25, reported that around 4.2 million people died in India. Modi government could not create jobs, bolster economy but all nation could hear was ‘selling-off’ banks, railways, airports etc. The conventional media, run primarily by Upper Caste Hindus, has its own agenda which is to stereotype and loath Muslims, keep Muslims under constant media scrutiny and heap everything bad to Muslims. Create a paranoia against Muslims which is the prime-reason for every mob lynching in the country. If this does not work then lampoon Pakistan which is also by extension to castigate Muslims into a further ‘inferiority-complex’. This is a nationwide phenomenon irrespective of any government in any state or at Center.

The countdown to Modi government has to have a definite ‘ringing-bell’ for BJP CM Ajay Singh Bisht as UP is to see polls in early 2022. The survey of Lallantop, which is an IndiaToday group, on May 30, shows 81% voting against Modi to be the PM if polls are held in the present situation. This trend has come after 1,10,604 people voted into it. On May 19, SatyaHindi published a news item based on a survey from US MorningConsult, which claimed that Modi’s popularity has nosedived by 22% from September 2019 until today. The news item emphasized that people ( BJP oriented) who feel that ‘everything is going-fine’ in Modi’s government may get to a reality-rap as BJP fortunes are rolling down due to utter failure of government into handling the Corona crisis. But, without caring a fig Modi has gone ahead with his ‘Palace-Building’ Central Vista project worth 13,500 Cr in New Delhi 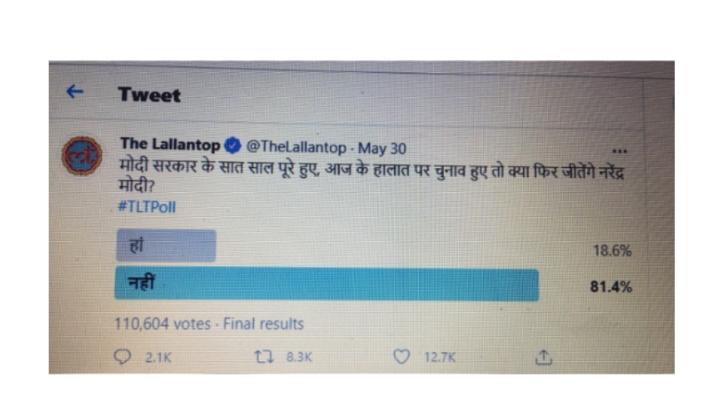 The world is crying against Modi as it hadn’t been that late when on April 23, The Guardian, from England carried an editorial ‘The Guardian view of Modi’s mistakes; a pandemic that is out of control’. It contended, ‘Mr Modi has put the  onus on state governments to clear up his mess. The buck stops with him. He should acknowledge and make amends for mistakes that have caused enormous suffering. He needs to engage with experts on how to uphold restrictions; ensure government delivery matches promises; and drop the sectarian ideology that divides when unity is required. Future historians will judge Mr Modi harshly if he continues with the exceptionalist views that have led to a disastrous public health outcome’. One of the most premiere magazine in the world The Economist on May 22, published a scathing article ‘As second wave devastates India, Narendra Modi vanishes’ and ridiculed Modi who is ‘quick to claim credit, the prime minister is nowhere to be seen when things go wrong’.

No less the Time is also in its crusade against Modi. It printed an elaborate article on April 23, which was titled ‘This is Hell’. PM Modi’s failure to lead is deepening India’s COVID-19 crisis’.

What can easily be deciphered is that as millions of people died in India and now the world is purely questioning the leadership of Modi. Certainly it has taken to a back seat! What however is most alarming is that despite Narendra Modi capability to lead India forward is increasingly getting questioned, there is not an iota of discussion on conventional or mainstream media, which rides on vibes which are pro-Upper Caste Hindus, and which, is what BJP government is all reflective and primarily concerned about. There were to have been instead series of articles and editorials as to how India has been dithered under Modi.

The Time magazine also had earlier in May 12 issue carried its cover with a photograph in which hundreds of makeshift graves were seen littered all around and in a back to back May 28 article it debated ‘Modi never bought enough COVID-19 vaccines for India. Now the whole world Is paying’. The same article could just add more to the ignominy of India as it weighed as to how Indian PM has put lives in the whole world into at stake. India had before the outbreak of the second-wave, exported its vaccines abroad and boasted that India had won its battle against Corona! The article said, ‘Modi first put the lives of his own people at risk by not putting money where his mouth was. Then, when it all went horribly wrong, he forced Indian companies to break their word on vaccine deliveries, endangering millions of others the world over by depriving them of vaccines. No amount of disingenuous fluff on “global good” now will hide that fact’.

The world trendsetter magazine The Economist on May 29, published a survey as to who as a head of the government has the worst qualities and it did not come as a surprise that Narendra Modi finished as a winner! India is gaining quite a lot of sobriquets under him. The onus of the points on which the leaders were testified are terrifying, which were: Claims to represent the will of the people/insults opponents in colorful ways/ sows hatred of ethnic/religious minorities/ undermines institutions/fails to respect law/ignores science! The saffron-eyed media has no time to speculate as how India is being perceived under Modi. Forget the debate there is not even a reference to any such take by The Economist. 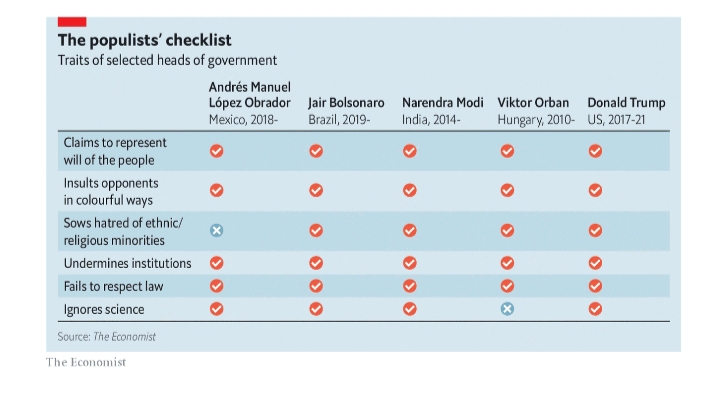 The image of India, has been put to perhaps the lowest ebb as ScientificAmerican May 24 headlined an article ‘Modi is worsening the suffering from India’s Pandemic’. It brought more shame to India as it stated ‘ as Indians reel under what is undoubtedly the greatest crisis the country has seen since the 1940s, Modi remains fatally aloof and focused on image management’.  What have India been led to? PM at this stage is busy to bolster his image? What are the people thinking about it all, will of course be reflected in 2022 in UP and later in 2024.

The writer is a former State Information Commissioner, India and is a political analyst.