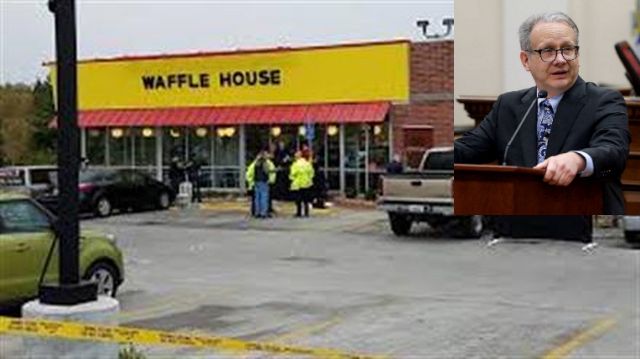 Washington : Nashville Mayor David Briley has demanded for stricter gun laws following a shooting incident that killed four people at a restaurant in the Tennessee state capital, the media reported.

“I know that we all want to live in a safe environment that allows everyone to go to work or school and feel and be safe,” CNN quoted Briley as saying at a news conference on Sunday night.

“We all want to live up to our greatest potential, and it’s my responsibility as the Mayor of Nashville to try and make that happen. Clearly the victims of this shooting deserve our prayers and our thoughts, but they also deserve leaders who will step up and take action and do something to get these weapons off our streets,” he added.

On Sunday morning, 29-year-old Travis Reinking allegedly stormed the Waffle House restaurant in Antioch and used an “assault-type rifle” to carry out the carnage, authorities said.

The shooting stopped only because of the heroics of a customer who heard the gunshots and hid near the restaurant’s bathrooms before he rushed the gunman, wrestled the rifle from him and threw it away.

The authorities suspect that Reinking, who is still on the loose, may have two weapons on him: a long gun and a handgun, CNN reported.

A manhunt is on for Reinking and the police have issued a warning saying he was armed and dangerous.

After he fled the scene of the shooting completely naked, the police believe that he went to his apartment, put on a pair of pants and may have escaped into the woods.

The Tennessee Bureau of Investigation added Reinking to its “Top 10 Most Wanted” list.

A gunman killed a churchgoer and injured seven others in a church shooting, just a few miles from the Waffle House.