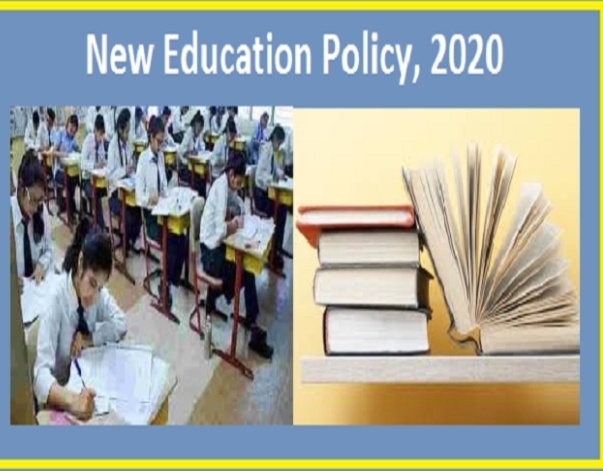 In the new National Education Policy 2020 (hereinafter NEP), there has been a quantum leap towards neo-colonization of Indian education via privatization to further corporatization of education. There is a crucial need to understand this new dimension of the NEP. Significantly, under the NEP, foreign universities and foreign direct investment (FDI) have been allowed entry in the realm of higher education. The country is already full of private schools, colleges, institutes and universities. Alongside consumer goods, electronic and print media is replete with advertisements of private universities. Even Presidents-Vice-Presidents of the country participate in the programs of these private elite universities.

Owners of private universities want land in cities or around cities to establish their ventures. Governments provide the land of farmers to them at cheap prices in so-called ‘public interest’. In some places, this facility is provided to private players of education by creating complexes/clusters. For example, the Government of Haryana acquired the 2006 acres of fertile land in 9 villages of Sonepat and laid the foundation of Rajiv Gandhi Education City (RGEC) for private educational institutions in 2012. At that time the market price of the land was above one crore rupees per acre, the government had decided to give compensation of just 12.60 lakh rupees per acre to the farmers. From the scheme to the construction of RGEC, all the work was done by foreign institutions/companies. The land now is home to many elite universities like Jindal, Ashoka and SRM.

Just as the laws of of social justice or reservation in the admissions/scholarships of learners and appointments of teachers are not applicable in private universities, the same will not happen in foreign universities. This desire has been expressed in the NEP that private colleges, institutes, universities should be kept free from strict regulation. It seems that the government in favor of light regulation for the private players of the country will abstain from strict regulation for the foreign players as well. The term constitutional reservation is not mentioned even once in the entire NEP document. It has been rightly said in opposition to the NEP that this is a document to destroy the public education system. Now foreign universities will also come here. There will be no constitutional principle of social justice in this big market of education.

But this is not the only case. All this was already present in the situation of privatization of education. The NEP includes education curriculum (literacy/skill-centric), class-stepping (5+3+3+4 – students with rich backgrounds ahead, from disadvantaged backgrounds backward, with most of them out of the race for higher education). And the method of teaching (online-digital-e-learning) has been decisively made keeping in mind the needs and profits of corporate capitalism. Due to the deep-rooted socio-economic disparities in Indian society, which has deepened in the last 3 decades of neo-liberalism, as stated by Anil Sadagopal, this education-policy will create a 10 percent costlier global work-force for the corporate sector. The remaining pushed-off students will work as technicians and laborers in a globalized economy. With this, a vast army of unemployed will remain as it is now. The nature of knowledge/epistemology has also been changed along with the way of imparting knowledge in the NEP : The knowledge is not predetermined in the context of the individual and society or the world, it is a predetermined text designed to serve the existing corporate-capitalism; This lesson is best taught by private schools/universities and foreign universities; Government schools/universities should either teach that lesson, otherwise be prepared to be abandoned.

The NEP is a complete project to enslave the minds of the learners to the corporate capitalist system. The terms such as scientific approach, critical thinking, creativity, cognitive power, sensitivity, diversity, plurality etc. have no meaning for an enslaved mind. An enslaved mind would not recognise the socio-economic inertia and inequality prevailing in the society. Such words written under ‘Introduction’ in the NEP seem hollow. The phrases such as ‘super-power of global knowledge’, ‘global standards of education’, ‘rich heritage of ancient and eternal Indian knowledge and thought’, etc. have been written or spoken to pat the back of policy-makers) and the 10% global laborers so that realization of slavery should not hurt the latter.

The empty talks of Prime Minister and his ministers regarding the NEP can be understood. The organization to which they belong is fundamentally incompetent for the cultivation of spirit of freedom – whether it is the spirit of national freedom or the basic spirit of freedom associated with mankind. But, as socialist leader Kishan Patnaik said, slavery has pierced the minds of most big intellectuals in India. Many of them have criticized the NEP for not completely removing governmental regulations over private educational institutions; They do not like the ‘light but tight’ method proposed in the NEP; Some say that such good things in the NEP can become fruitless due to the narrow and communal attitude of the current government; Some say that everything is fine except for the imposition of Hindi and Sanskrit; Foreign universities and foreign direct investment are a major achievement of the NEP, so on and so forth.

In fact, as Anil Sadgopal has said, ‘The language and presentation of the NEP is the most misleading and contradictory of all education policies ever made.’ But this ‘trick’ of those who drafted the NEP can be effective only for the general public; not for intellectuals. Actually, the NEP of corporate-India thrives by incorporating the intellectuals and their children living in it. Therefore, this cannot be done simply by saying that the NEP has been made by the Rashtriya Swayamsevak Sangh (RSS) to create its ‘Hindu-Rashtra’. The Hindu-Rashtra of the RSS has no problem in being subordinate to the newly colonized corporate-India in the same way as it was not bothered about slavery under a colonial power. The real question would be : what do the advocates of the constitutional Indian-nation (Bharatiya Rashtra)  really believe/want? Do they want the Indian-nation to be subordinated to corporate-India? The answer does not appear in affirmation from the evidence of the last three decades of neo-liberalism. That is why the NEP can be called a long and unending leap into neo-colonization. Under the NEP, the political-intellectual leadership, which had approved the neo-colonialist clutches on the country, wants to make the present and future generations a natural slave of neo-colonialist designs.

Adivasis, Dalits, backward, minority communities already pushed to the margins in the matters of education will be further marginalized by the NEP. The ‘digital obsession’ of the government and the NEP will not allow them to reach higher education. There should have been a natural and fierce opposition from their side. But their organizations/individuals have not yet raised their voice of protest. It has been clear since long that the private sector is being promoted from school education to higher education at the cost of the public education. In the absence of public education, the provisions of social justice will be compromised.

Dr. Rammanohar Lohia gave the formula to bring forward five groups of Indian population – tribals, dalits, women, backward, poor Muslims – for the creation of modern India. The leaders of these groups used that formula only to score electoral victories. Whereas Lohia’s belief behind the formula was that the ‘Bahujan Samaj’ of India has simultaneously remained independent from the rest of society by archaic Brahminical and new colonial orders i.e. values and beliefs. If this mind will play a leading role in the creation of modern India, it will get rid of the mixture of Brahminical and colonial orders. But the presiding intellectuals left no stone unturned in defying and condemning Lohia during the reign of Nehru and Indira. Lohia was excluded from courses ranging from school to higher education. Because those very intellectuals had their ready-made formulas for modern India.

Looking at the situation, the fact is we have squandered away the opportunity to build a modern Indian state. The main basis of the struggle to maintain some scope for constitutional rights in corporate-India could be found in the realm of the hard working ‘Bahujan’ population. This calls for political consciousness; opposition to the NEP can be the basis for building this much needed political consciousness.