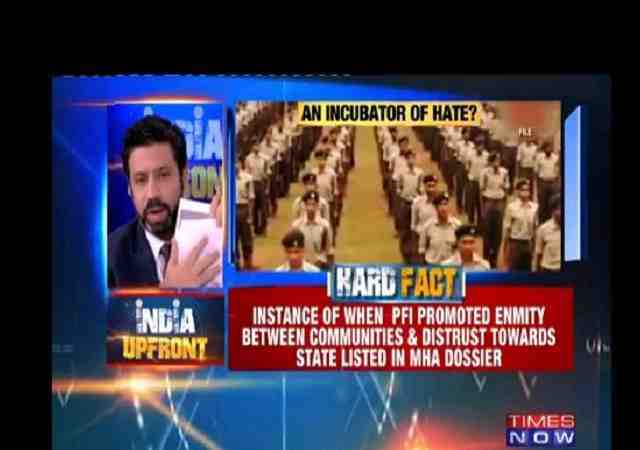 Earlier, PFI had complained to NBSA that media trials by various organisations were deliberately aimed at misleading the audiences and bringing disrepute to the organisation, which is working within the ambit of la and constitution.

Annoyed with Times Now and Republic TV’s coverage, NBSA found that there is only charge-sheet and no finding by any tribunal that claims PFI is an incubator of hate or is a hate group nor had government declared PFI as a terrorist organisation or an organisation indulging in unlawful activities. “NBSA is therefore of the view that the broadcaster had violated the NBSA/NBA guidelines relating to the need of maintaining neutrality, impartiality and fairness and reporting of matters which are subjudice or under investigation” the report added.

NBSA also warned the broadcasters to exercise more care and caution while reporting about matters pending trial/investigation and in using objectionable hashtags in regard to such reports which may give an impression that broadcaster is indulging in media trial/ prejudice against the person/organisation being reported upon.

NBSA has also directed the Times Now that the video of the said programme if hosted on Times Now website, Youtube or any other website or any other link should be removed immediately and same should be confirmed to NBSA. Besides, it has asked India Today group to submit complete evidence pertaining to its sting operation that alleged the PFI of ‘forceful conversions’.

Given below is the complete order of  NBSA/NBA