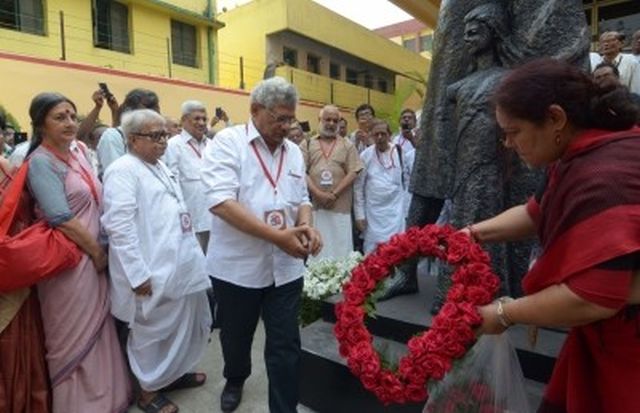 Kolkata : The CPI-M on Monday stressed on the need to form the “broadest platform” of secular and democratic forces to counter and defeat the “communalism” of the BJP and the Sangh Parivar.

“The Modi government is aggressively collaborating with mechanism of profit maximisation. The previous Congress government has started that, but this government is doing that faster with greater aggression,” Yechury said in his inaugural address at the 25th conference of the party’s West Bengal unit here.

“The country is going through a challenging period with the ruling BJP-RSS combine trying to divide India on the lines of religion, caste and creed,” he said, arguing for the formation of the “broadest platform of secular and democratic forces to defeat the communal juggernaut of the BJP and the RSS”.

“We have to create an alternative to the current government on the basis of alternative policies in order to remove them from power,” he said.

He alleged that parliament was undermined as also parliamentary bodies. “The space of right to opine is also shrinking rapidly and the state is one the way to b a surveillance state”.