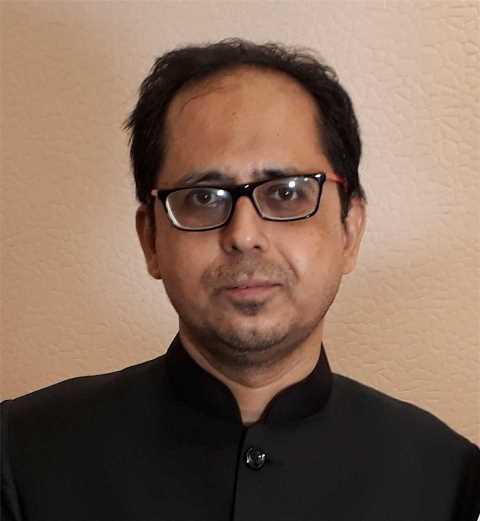 The royal descendant of Awadh, who got settled in Kolkata, recounts the patriotic lineage and participation of his family in the First War of India’s Independence in an attempt to take on the rhetoric of debate over his family’s contribution in the fight against the imperialists.

“My ancestors fought for the First War of India’s Independence in 1857. They sacrificed everything, took refuge but never buckled down before the British rule. Now people say it is debatable.

“Do we really need to prove that we belong to this soil, as much as they do? Do we really need to reaffirm that we are Indians and we live on our motherland too?” said Kamran Ali Mirza, great great grandson of Nawab Wajid Ali Shah — the eleventh and last of the Awadh dynasty who was exiled in Kolkata.

For 47-years-old Mirza, who is a computer hardware engineer by profession, it is not a very pleasing memory when his school friends doubted his family’s contribution in the war of 1857 to wrestle back veery inch of soil from the clutches of the intruders.

“Their questions hurt me a lot. Their minds have changed a lot, especially in the current years. They say we Muslims are not patriotic and they expect us to prove it every time,” he told IANS in an exclusive interview, calling the pattern as “an unfortunate affair”.

A resident of ‘House of Awadh’ near Ripon Street, Mirza did his schooling from Kolkata’s Saifee Hall School and after that went to Aligarh Muslim University. Later he also studied English literature at Maulana Azad College in Kolkata. He is a Red-Hat certified computer hardware engineer and runs his own computer business in Kolkata.

“I always write Calcutta, instead of the changed name Kolkata. I love it’s old name as I believe I belong to this place. I am a direct descendant of the exiled Nawab,” he said.

Nawab Wajid Ali Shah’s kingdom, long protected by the British under treaty, was eventually annexed bloodlessly on February 11, 1856, — two days before the ninth anniversary of his coronation.

The king was exiled to Garden Reach near Metiabruz, then a suburb of Kolkata, where he lived the rest of his life on a generous pension. He was a poet, playwright, dancer and great patron of the arts. He is widely credited with the revival of Kathak as a major form of classical Indian dance.

“We belong to a royal family of freedom fighters. When people talk about patriotism and indulge in anti-Muslim rhetoric, I tell them about Begum Hazrat Mahal who had preferred to stay on in Lucknow and waged war against the British in 1857. Later she took refuge in Nepal in political asylum and tried to regroup as she wanted to die in a free land rather than dying in golden shackles.

“Our family sacrificed everything,” the royal descendant said, adding that they do not need to prove that they are Indians.