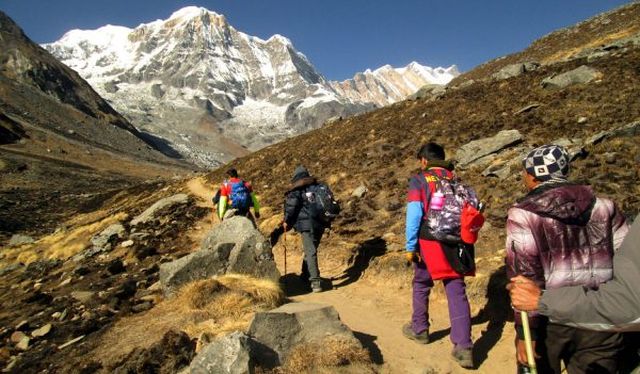 Kathmandu : The Nepal government revealed in a report that some travel, trekking and rescue agencies have been involved in “unnecessary rescues” for foreign tourists to scam a large amount of premiums from insurance companies by making false claims.

The government on June 4 formed a fact-finding committee headed by Ghanashyam Upadhyay, a joint secretary of Ministry of Culture, Tourism and Civil Aviation, to probe the claims that insurers are paying high premium for tourists who visit Nepal due to high cost related to fake rescue missions and high medical bills, reports Xinhua news agency.

The committee on Monday submitted the 700-page report to Minister of Culture, Tourism and Civil Aviation Rabindra Adhikari.

“The committee has recommended taking legal actions against eight travel, trekking and rescue companies, four hospitals and three helicopter companies found involved in such practices,” the ministry said in a statement issued on Monday.

According to the ministry, the committee had investigated rescue and treatment activities of 10 helicopter companies, six hospitals and 36 travel, trekking and rescue companies.

It found few companies made multiple claims for a single chopper ride and charged high fare for chartered flights even though they were regular flights of the helicopters.

The committee suggested the government to prepare a working procedure on mountaineering and trekking rescue and implement it in the upcoming tourism season that starts from September till November.

Krishna Prasad Devkota, a ministry official, told Xinhua that fake rescue and treatment missions in the country will discourage many tourists to visit Nepal.

“The government will take stern actions against those indicted by the report and implement the recommendations of the committee for reforms in the sector,” he said.

Why people are burning ‘effigy of Modi’ in Nepal