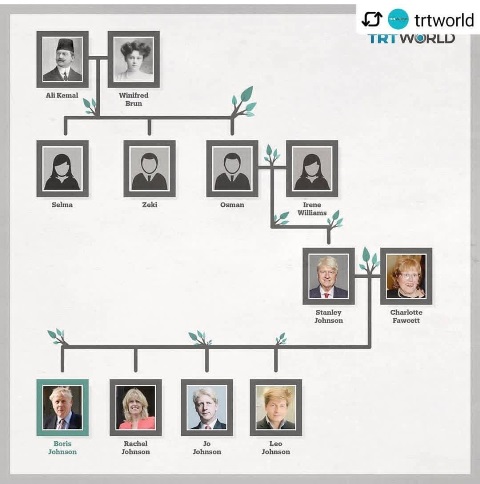 Born in 1867 to a mother of Circassian heritage, Mr Kemal’s journalism allowed him to travel extensively and he visited many countries.

One of his destinations was Switzerland, where he met Winifred Brun, an Anglo-Swiss woman and the daughter of a Margaret Johnson. They married in London in 1903.

Due to his  strong ‘liberal’ views early in his life, he was forced to leave from the Ottoman Empire.

However, when the rule of the Sultan, who had banished Mr Kemal, came to an end, the latter soon found himself to be one of the most prominent figures in Ottoman political life.

During the First World War, the Ottoman Empire was allied with Germany, and so Mr Kemal’s son and daughter — who were living in England — adopted their matrilineal surname Johnson.

In 2008, Mr Johnson revealed his background during BBC program.