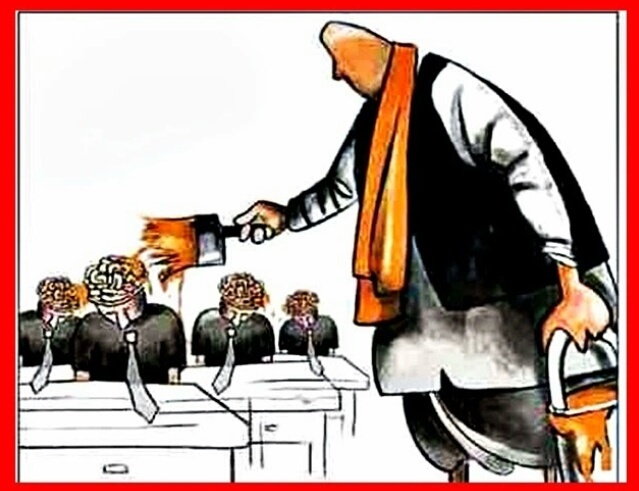 The ‘New Education Policy’ that is currently vetted through the Fifty-five Page draft document by the Central government was critically analyzed at a book launch event, at Women Christian College in Chennai on January 9, 2020.

The fifty five page draft document of the NEP that is waiting for the customary cabinet nod and Parliamentary approval was lampooned by all the eminent educationist of South India.

The entire discussion on the NEP can be summed up in FIVE Cs. Centralization, Communalization, Caste Bias, Commercialization and Anti-constitution.

In order to get the get the gist of the NEP, let’s have a bird’s eye view of the discussion held in this southern megapolis.

The first point made was that the draft of the new education policy has a vision to centralize the education system in the country. This is because the NEP recommends the NCERT to prepare the course material for the schools and the General Education Council (GEC) to prepare the credit structures for Colleges and Universities.

As such, the NCERT and the GEC will control the education content of the entire country. This implies that the States/ UTs and their bodies will have no role in preparing the course material of the new education system.

The NTA accreditation procedure would be in private hands. This will be run by so called independent managements that do not allow any democratic and representative involvement of teachers, students and staff in the functioning of these institutions.

The draft of the new education policy promotes the centralization of eligibility, admission and evaluation criteria, at all levels of education system. It takes away the last shred of autonomy in the education system of the country.

The draft of the new education policy mandates the National Research Foundation (NRF) to control the research being undertaken at the higher education level. This may lead to regimentation of thoughts and knowledge production in the country.

Even though the draft of the new education policy lays emphasis on universalization of early childhood care and education (for 3-6 years age group) in the public funded institutions the catch is it recommends recruiting ‘local volunteers, social workers and counselors’ for this universalization education mission.

This fear is that for this ‘large scale mission,’ the current government will recruit people belonging to the RSS cadre who will be paid from the public funds. This would open the door for the RSS cadre to infiltrate into the different stages of education system thereby implementing the RSS agenda and playing havoc with the country’s education system.

The draft of the NEP recommends mother tongue as a medium of education only up to class FIVE, tolerating up to class EIGHT and then liquidating the recommendation adding a clause ‘when possible.’ This is ludicrous.

Further, the NEP seeks to impose Sanskrit at all levels, including higher education. The NEP recommends imposition of Hindi and Sanskrit on students in non-Hindi speaking states and Sanskrit on students of Hindi speaking states. The NEP has little regard for the mother tongue of minorities and other denominations whose mother tongue is different from Hindi.

Even though the draft of the NEP legitimizes a multilayered school system for different section of the society, there is a hidden agenda of caste bias. The NEP recommends vocational education as earlier as class 9. This is a big camouflage as it gives the students the option to choose between vocational training and higher education.

The fear is the students belonging to Bahujan and other down trodden section that consists of more than 85 per cent of the society, will be lured into vocational training while the upper caste/class children may go ahead with the higher education. This would lead to massive exodus of such students even before class XII.

This diversion of the Bahujan and other such children to go for vocational education is to make them ready for “Skill India” and “Make in India” programmes. The main objective of the NEP is to push the students into a low wage earning jobs and create a cheap labor force for the use of the capitalists and corporate segments in the country.

The NEP is an attempt to deny the right of equal opportunity to enter higher education and participation in the social justice agenda of the country. The massive exclusion of the down trodden sections of society especially girls from the education system is the new vision of the New Education Policy.

The NEP chooses to ignore the Kothari Commission’s recommendation of establishing a Common School System (CSS) based on Neighborhood Schools (NS) up to class XII for all children. This idea was recommended in the successive education policies from 1968, 1986 and 1992 but in this NEP, it is totally ignored.

The new education policy promotes unfettered commercialization of education. It not only allows privately owned schools and colleges to collect fee but is in line with the dictates of the World Bank, IMF and WTO recommendations. These international organizations have recommended that the government shall not regulate private institutions since they are “not profit or public spirited bodies.” As such the new education policy is meant to exacerbate the privatization of education system in the country.

The NEP comes in direct conflict with many articles of the Indian constitution. It stands against India’s diversity and other constitutional values. The NEP stands for hegemony of majoritarian religion, culture and language. It stands for building multilayered education system rooted in caste, class, patriarchy etc which is against the basic spirit of the constitution.

As such the RSS agenda is apparent in the NEP. It is a blatant attempt to change nature and character of the education system of the country. The government is convinced that it can handle any opposition as it has the Parliamentary majority.

The draft of the New Education Policy that is currently vetted by the BJP government in its new version is really diabolic in every sense. This is an updated version of the new education policy that was submitted by Dr K Kasturiragan committee in June 201 through its 184 page draft report.

Even though the Fifty-five pages draft of the NEP  submitted to the government in October, 2019 is under discussion stage but in all probability this version of the NEP is being considered for making into a law as it satisfies all the intentions of the government.

Since the draft report of the NEP concerns entire country, it is essential to create public opinion against the harmful impact of such education system in the country.

The speakers made a vehement appeal for a people’s upsurge against such ill thought of New Education Policy as it may alone compel the government to desist from foisting its saffron agenda on the country.