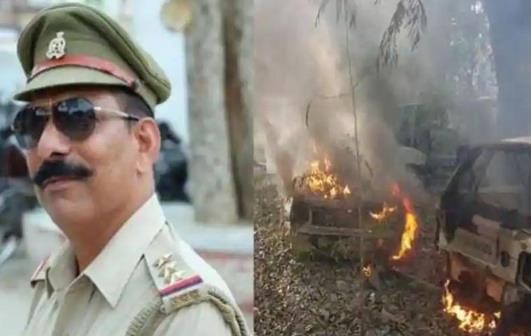 New Delhi, Dec 4 : The NHRC on Tuesday issued a notice to the Uttar Pradesh government seeking a detailed report on action taken over the killing of Inspector Subodh Kumar Singh and a young man in a violence in Bulandshahr in the state after cow vigilantes went on a rampage.

Taking suo motu cognizance of media reports, the National Human Rights Commission (NHRC) issued notices to the Chief Secretary and the Director General of Police of Uttar Pradesh. It asked them to submit a detailed report within four weeks on the action taken against the miscreants, and relief and rehabilitation provided to the families of the deceased persons.

Violence had broken out in Bulandshahr after alleged recovery of some animal carcasses that right-wing organisations claimed were of cows, an animal revered by the Hindus.

“The Commission has observed that the reported incident is indicative of yet another incident of violent protest and rampaging by the unruly mob exposing lawlessness and failure of the administration to tackle the sensitive issues and situations,” an official statement said.

“The contents of the media reports suggest that even the police officers do not appear to be safe and can be easily eliminated at free will of the uncontrolled lawless elements. Right to Life of the deceased persons in the instant incident have been grossly violated, which is a matter of concern for the Commission,” it added.

The panel said that the ensuring safety of the public property and lives of its citizens was the prime duty of the state.

“The Commission expects effective and prompt action from the state authorities in such situations so that a strong message could be given to the violators of the law,” it said.(IANS)