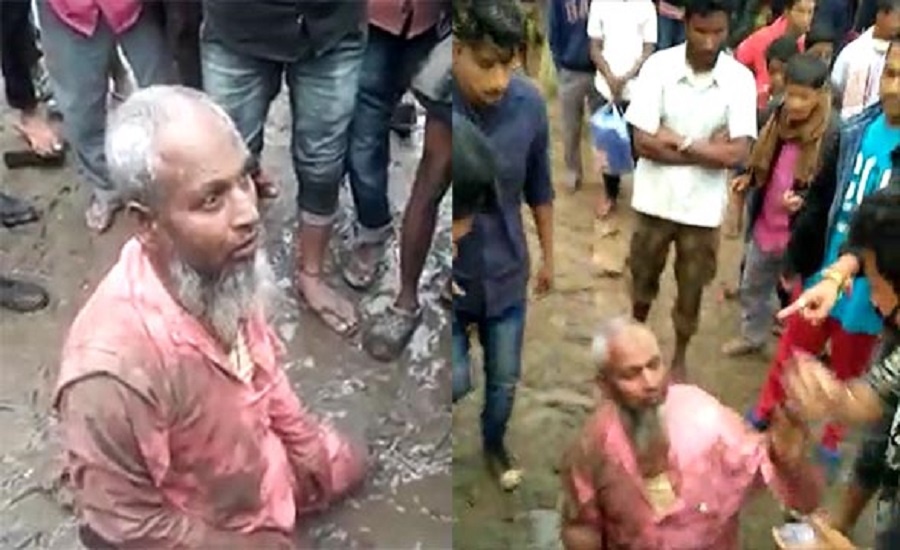 The National Human Rights Commission has ordered the [north-eastern state] Assam government to grant 1 lakh rupees [1363.88 dollars] ex gratia to 68-year old-Shaukat Ali who was attacked by Hindu extremists and forced to eat pork on the suspicion of selling cow meat in the state’s Biswanath Chariali town in April 2019.

The commission passed the order after complaints by the Leader of Opposition in Assam Assembly Debabrata Saikia of the Congress, the New Indian Express (TNIE) reported. It said that the both Chief Secretary and Director-General of Police have failed to file an action report despite being told by the commission.

However, a report submitted by the district administration said that the market where the incident took place was located in Hindu-inhabited area and the carrying of beef hurt their religious sentiments. The mob insulted and disgraced the victim and some of them forced something into his mouth which the family of the victim alleged was pork.

“… It is clearly discernible from the report that the public servant was collecting revenue from the market involving some local unemployed youths which is against the law. The victim was found insulted and disgraced on the basis of caste/religion and therefore, the human rights of the victim were violated. Police apprehended 15 persons and forwarded them to judicial custody. Thus, prima facie it is a case of violation of human rights of the victim for which the state is vicariously liable to compensate the victim,” the NHRC order quoted in a report in TNIE  reads.

While directing the Assam government to pay the ex gratia to the victim, the NHRC asked the state’s Chief Secretary to submit the proof of payment within six weeks.

The order also told the DGP to file, within four weeks, an action-taken report against the guilty police officers or face action by the commission.