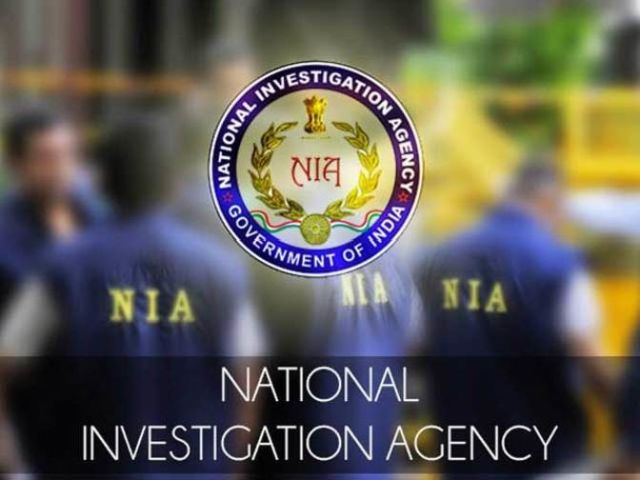 New Delhi : The NIA here on Monday questioned a Kashmir University PhD student and the head of Kashmir Traders’ and Marketing Federation in connection with its ongoing Jammu and Kashmir terror funding case.

They were summoned by the agency last week to appear before the investigators in the case, he said.

Informed sources said they were questioned about alleged funding to various groups which pelted stones on security forces on several occasions.

Meanwhile, the Kashmir traders’ body staged a protest in the Valley over over the summons issued to its chief in connection with the case.

The NIA had registered a case on May 30 against separatist and secessionist leaders, including unknown members of the Hurriyat Conference, who have been acting in connivance with active militants of proscribed terrorist organisations Hizbul Mujahideen, Dukhtaran-e-Millat, Lashkar-e-Taiba (LeT) and other outfits and gangs, officials said.

The case was registered for raising, receiving and collecting funds through various illegal means, including hawala, for funding separatist and terrorist activities in Jammu and Kashmir and for causing disruption in the Valley by pelting security forces with stones, burning schools, damaging public property and waging war against India, the probe agency said in its FIR.

Hafiz Saeed, the Pakistan-based chief of Jamaat-ud-Dawa, the front of the banned terrorist organisation Lashkar-e-Taiba (LeT), has been named in the FIR as an accused.

The FIR also names organisations such as the two factions of the Hurriyat, one led by Syed Ali Shah Geelani and the other by Mirwaiz Umar Farooq, Hizbul Mujahideen and Dukhtaran-e-Millat, an all-women outfit of separatists.

The NIA, so far, has arrested 11 persons in the case.