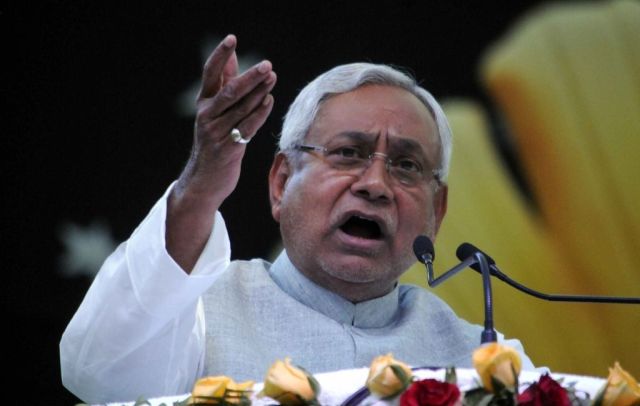 For any organisation, be it political, social or cultural, to succeed, the individual greed should never find a place. Difference of opinion will be there on issues within the organisation and it should be for healthy functioning. But the individual lust at the cost of common objective will certainly in the long run shrink the scope and the opportunity for the organisation to grow and jeopardise the common goal.

Bihar Chief Minister Nitish Kumar is a classic example in the above case. He has always put forward his personal lust first at the cost of the Opposition alliance pursuit of common objectives.

On many occasions, the ‘susashan babu’ has laid bare his latent self but his alliance partners have probably failed to fathom his words, the latest being his statement at press meet post his resignation on July 26 this year. He told a press gathering that he has “listened to his conscience”. Actually, he was referring to his conscience of personal lust for power at any cost.

All his past claims like ‘RSS Mukt Bharat’ (Rashtriya Swayamsevak Sangh-free India) or his ‘zero tolerance’ towards corruption stand exposed as he hardly practises what he preaches. He has joined hands with the same people associated with the RSS whom he had told to get rid of. As for his claim for zero tolerance on corruption, one hardly finds any government offices in Bihar where corruption is not the norm even after his governance for more than a decade, leave alone his political alliance with the convicted RJD boss Lalu Prasad Yadav in the first place.

There is no denying that Bihar has progressed on few fronts like road and electricity under the Nitish stewardship. In fact, Nitish exist from the present Opposition alliance is a blessing in disguise for the Opposition parties as they have got rid of a man who always proved spoilsport.

It is high time the Opposition should act urgently and let competent and committed leaders take the lead to prepare a roadmap to mount effective Opposition as in a functioning democracy strong Opposition is always good.

Moreover, in the present circumstances where the government is behaving in an autocratic way in the face of a weak Opposition , all like-minded Opposition parties must forge a strong alliance leaving behind the personal agenda to counter the current government behaviour.